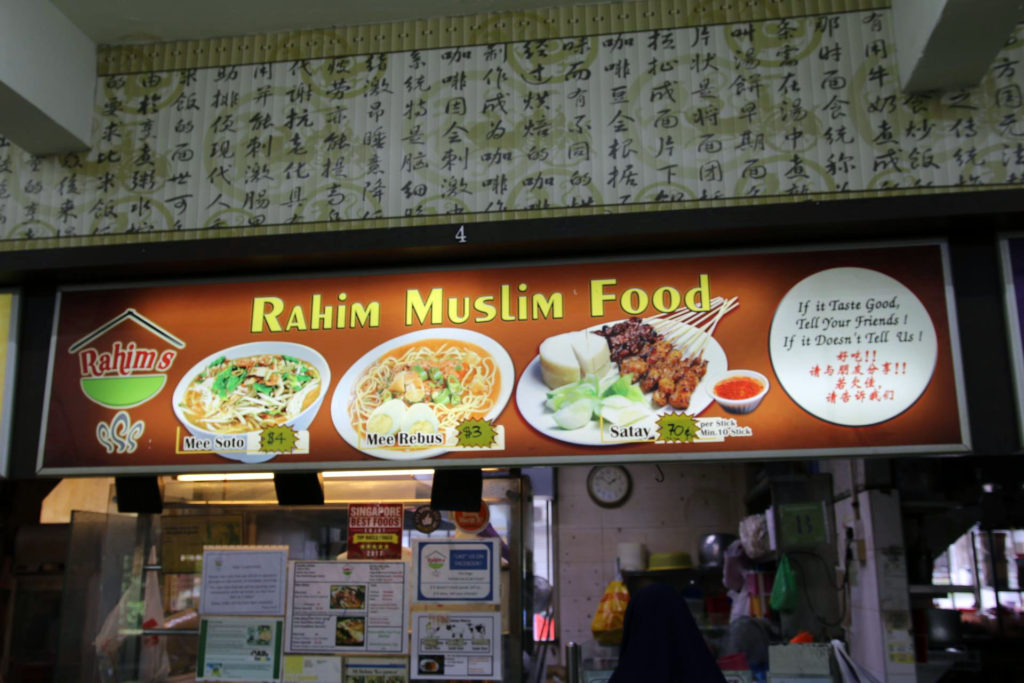 Looking for a ‘DAMN WORTH IT’ Mee rebus or Mee Soto but have completely no idea where to find it?

You need look no further because Rahim Muslim food will be the one! Established since the 1960’s, Rahim Muslim Food have been featured in various food sites, local television programmes, radio as well as Straits Times.

I feel like ordering one of everything off of the menu. It’s a simple menu yet it looks alluring! 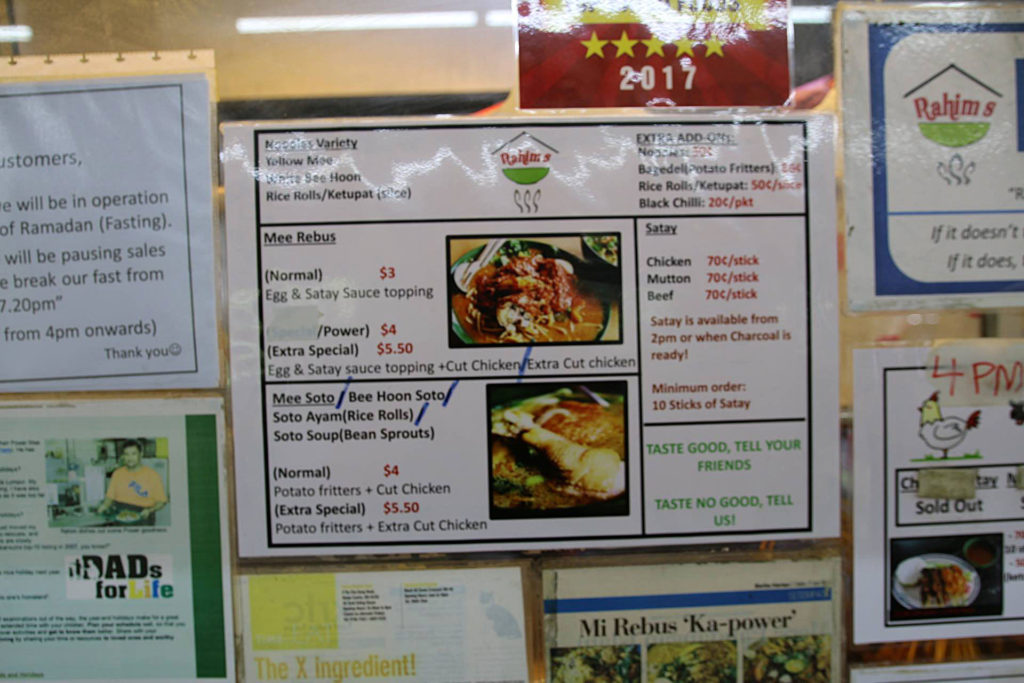 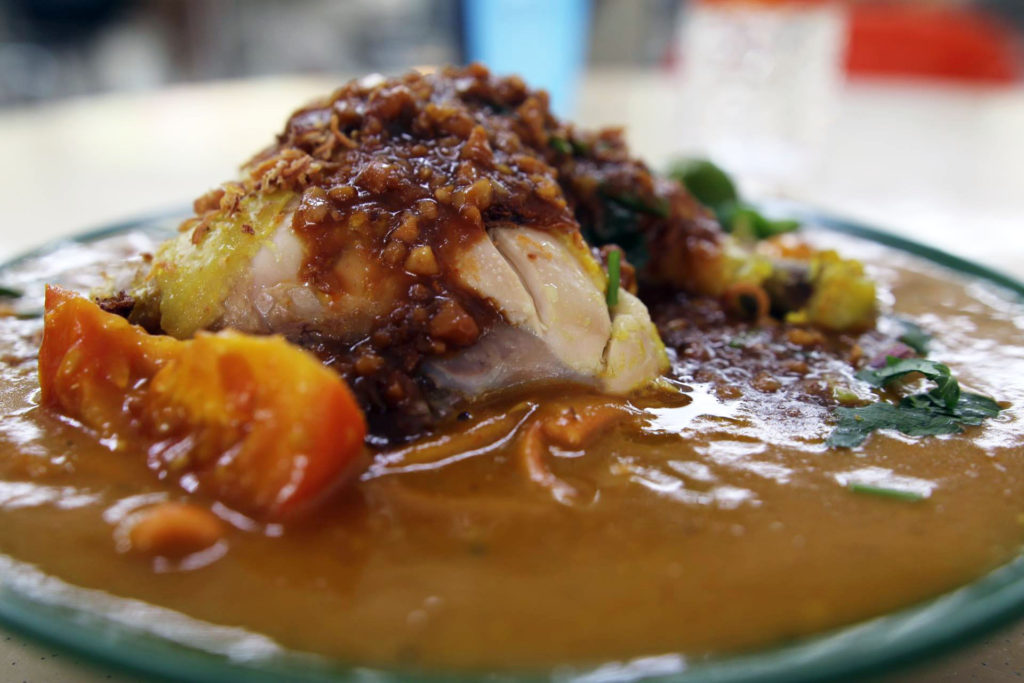 The rich aroma of this Mee Rebus wafted down and beckoned me when it’s being served right in front of me. The noodles was ladled in satay sauce, served with huge chicken drumstick, bean sprouts, boiled egg, cut chicken, shallots, green chilli and lime. The thick savoury gravy is certainly to die for, tantalising every inch of my tastebuds. Not to mention, the real star of this bowl of noodles is the chicken. The chicken is extremely succulent and tender. It goes well with the noodles and the gravy!  No doubt that this is their special “Mee Rebus Power!”

To stay happy and warm on a cold rainy day, all you really need is this bowl of hearty noodles. This Mee Soto Extra special ($5.50) certainly deserve the bagus (good) factor. The heart of this Mee Soto is the chicken broth as the broth is thick, rich in flavour and mouthwatering. The huge ass chicken drumstick and a begedil ( a fried potato patty) makes it even perfect. Sedap!It would be more amazing if you dare add in the chilli for a more spicy edge. 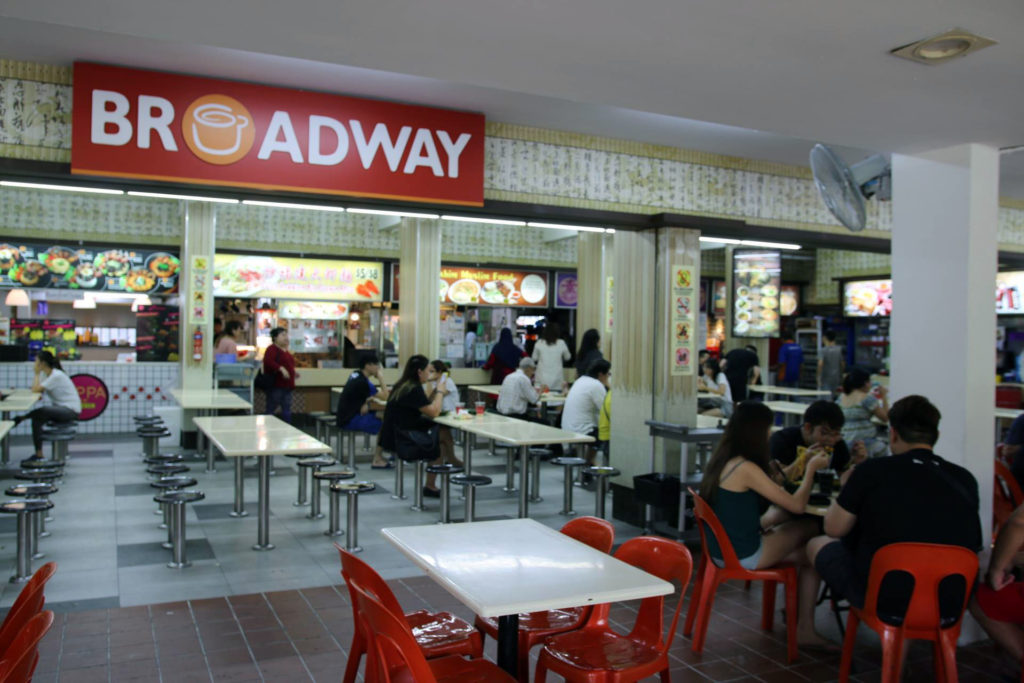 So what are you waiting for? Drop by Rahim Muslim Food now and give these two bowl of ‘DAMN WORTH IT’ noodles a try if you have not!