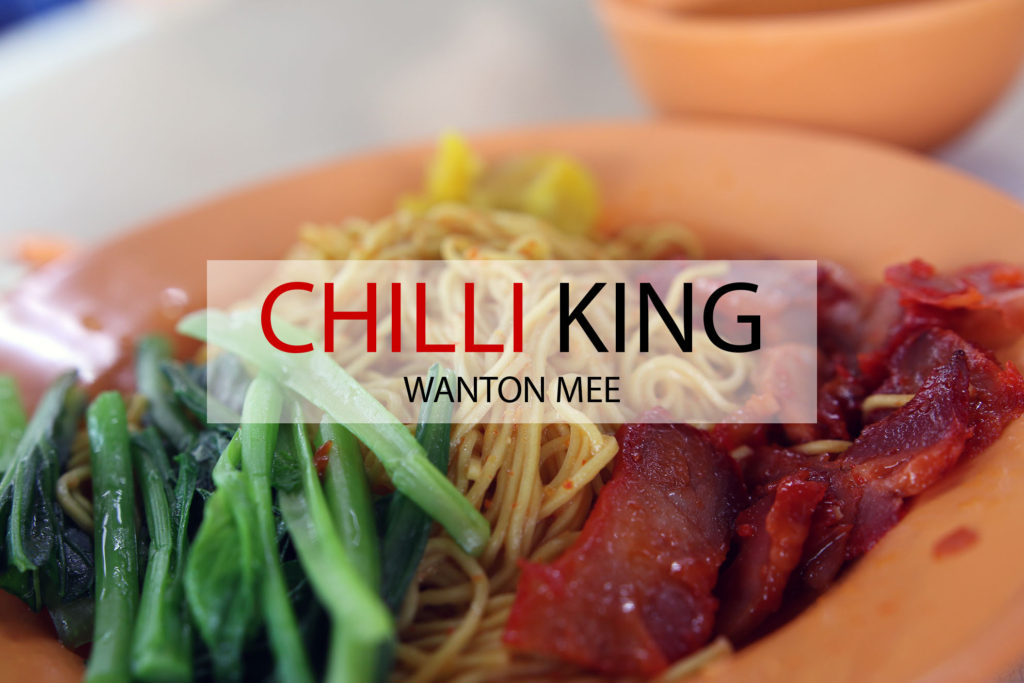 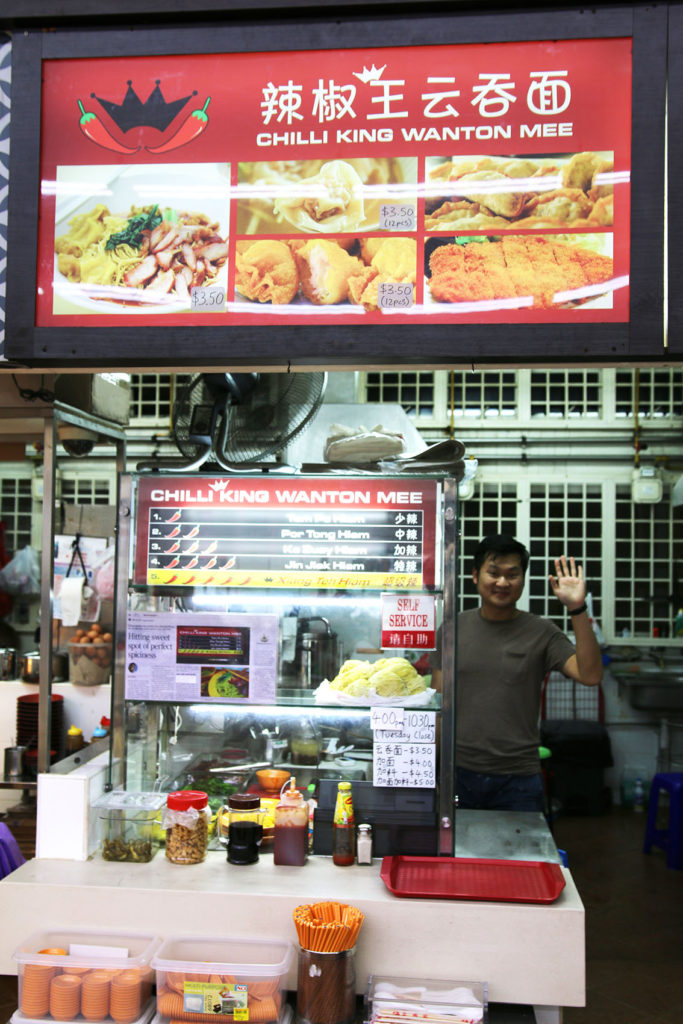 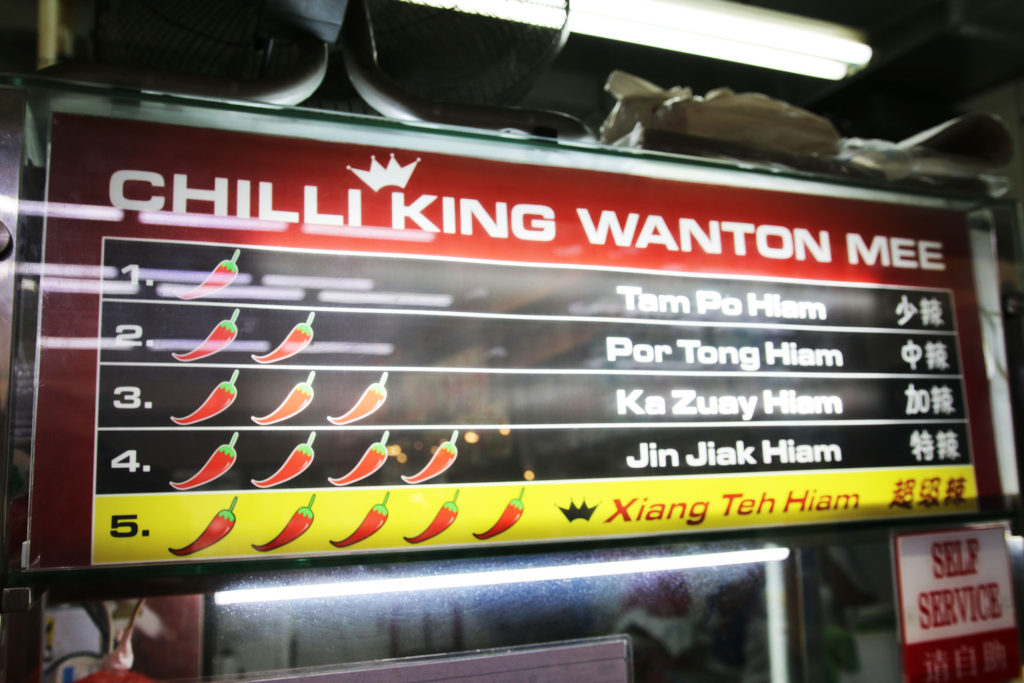 Recently moved from Geylang East to Kallang, this 5 levels wanton mee concept is one of a kind. Both Michael (chef and owner) and his wife are extreme spicy food lovers. 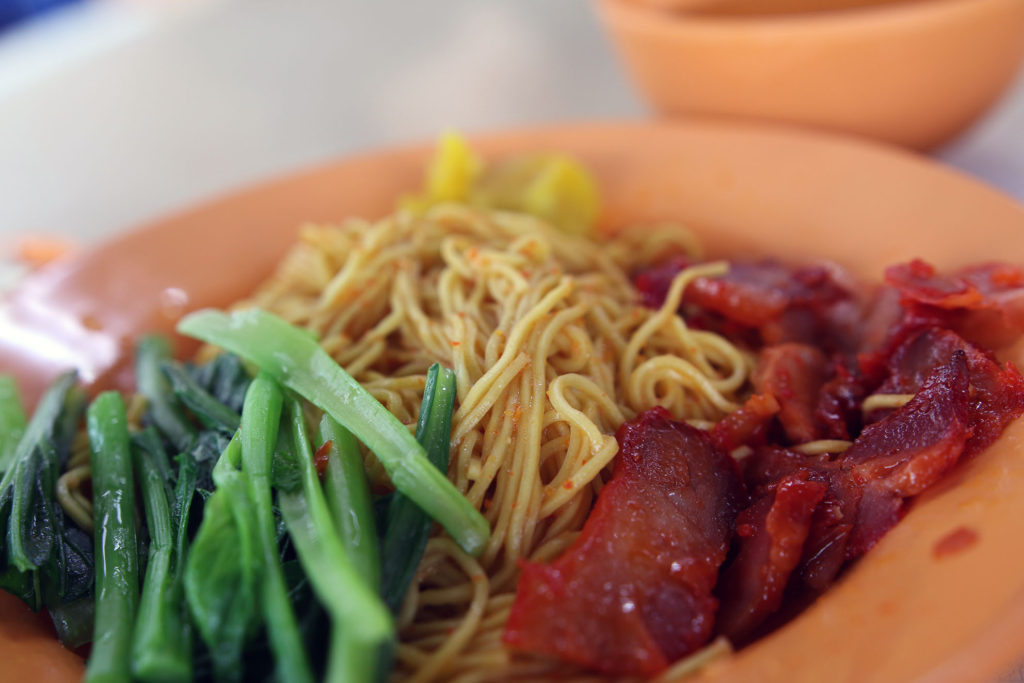 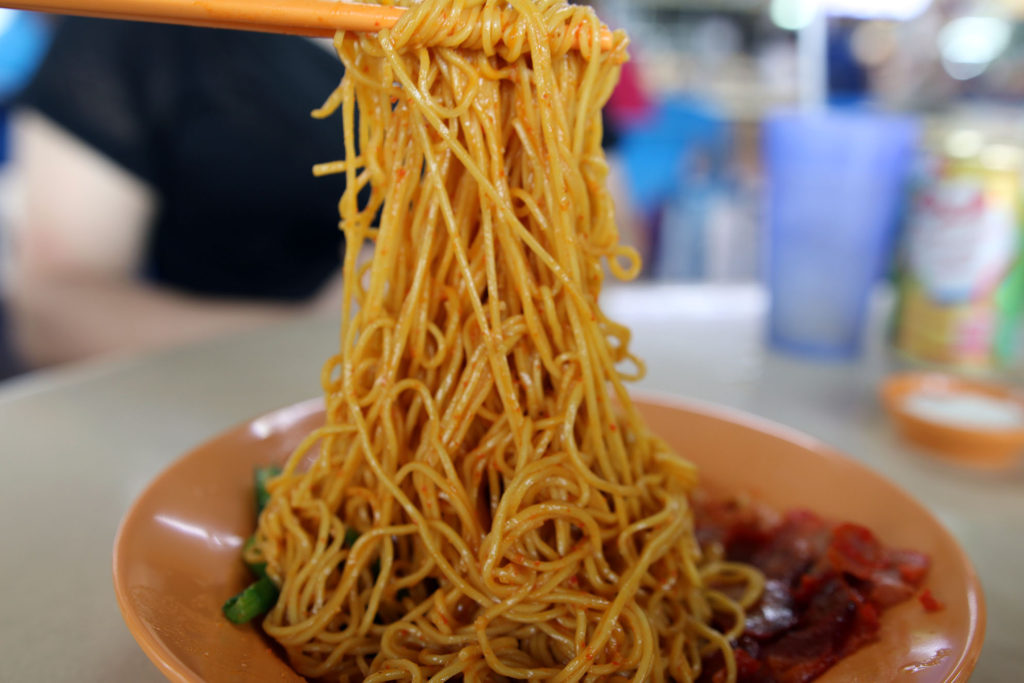 I’ve tried both Level 1 and Level 5 wanton mee. However, as a spice-lover that I am, level 5 is still bearable for me. But my friends who tried it, their faces turned red thereafter. So, I decided to try lvl 1 after that to see how a typical wanton mee spiciness level differs from the level 5. Let me say it this way – level 1 is not spicy at all for me.

The difference in the levels is not determined by different kind of chili, but is determined by the amount of the same homemade chili created by Michael. Put as much pork lard as you want!

Tips: For those who can take spicy, inform Michael (the chef) to add spice on top of level 5 to get the ultimate shiokness! 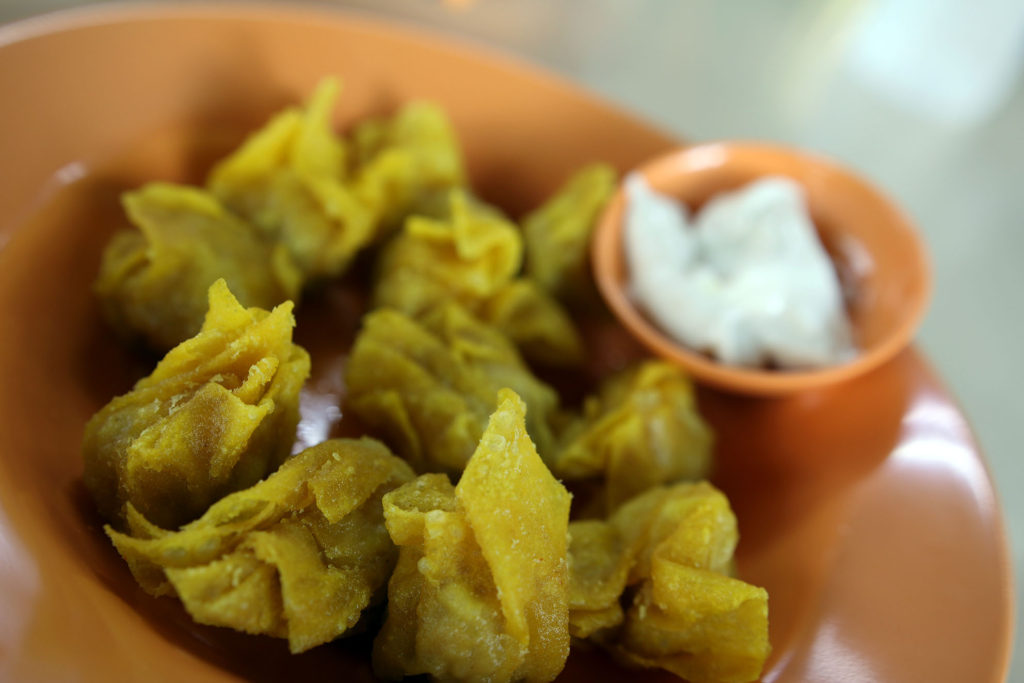 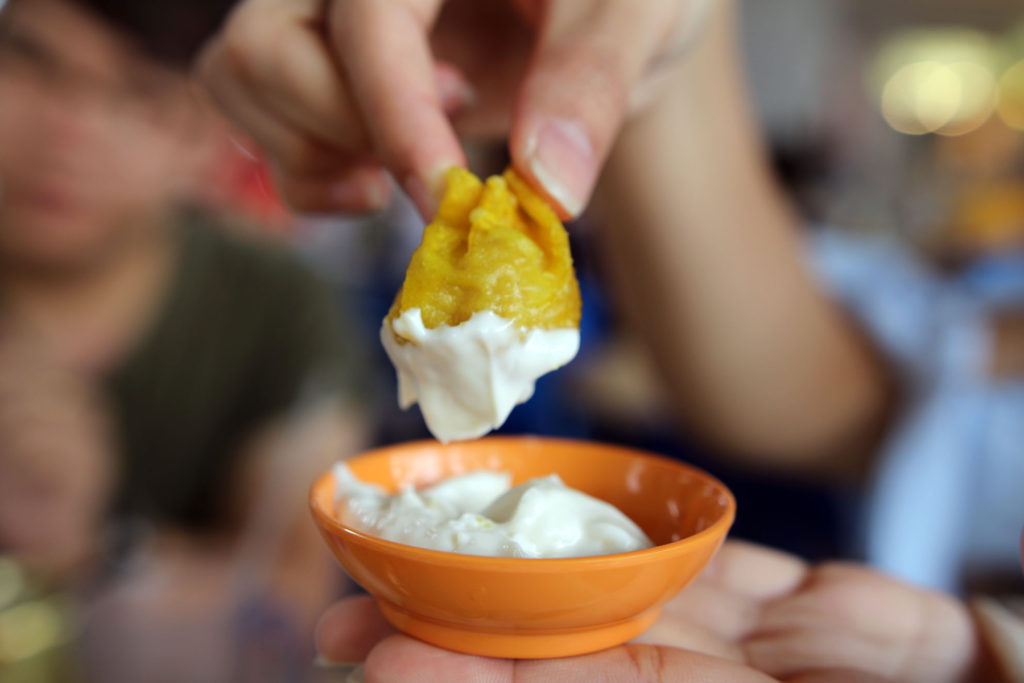 Wantons are freshly wrapped everyday, with its ingredients homemade. Dip it with the complimentary mayo sauce for more contrast! 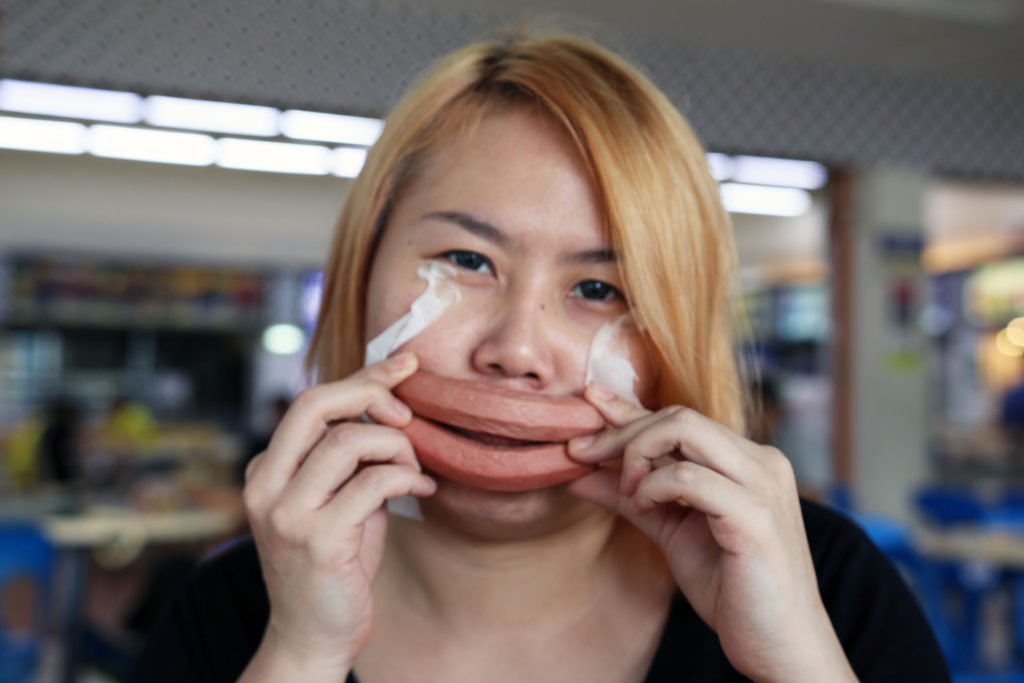 Felicia who loves spicy food just like me could tahan the spiciness level, so she innovatively damped some tissue and bought 2 hotdogs to make this silly face. 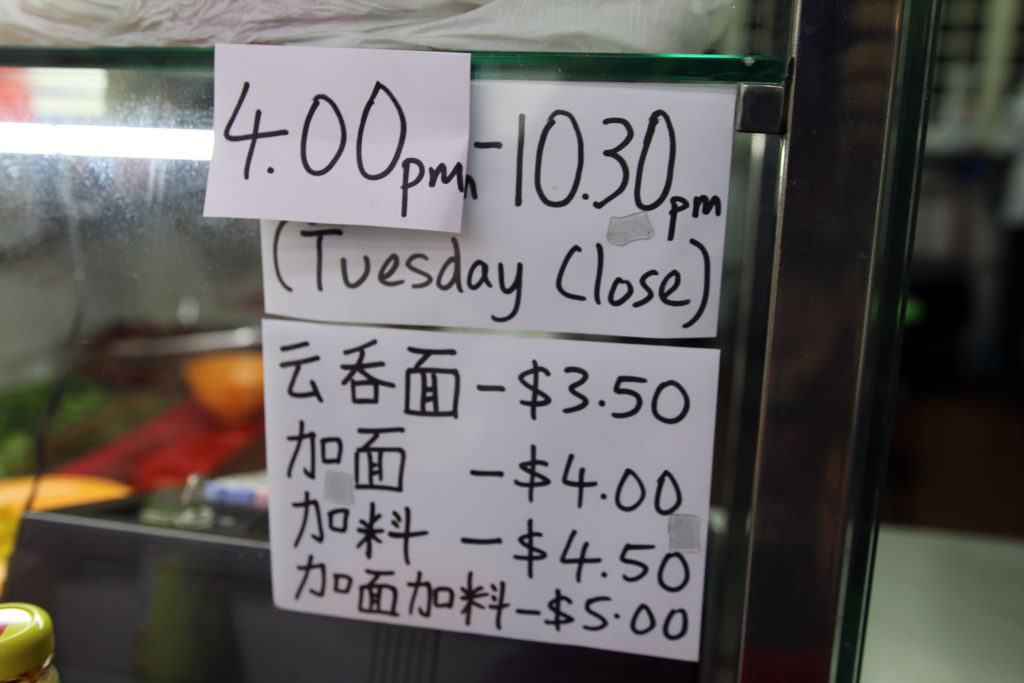