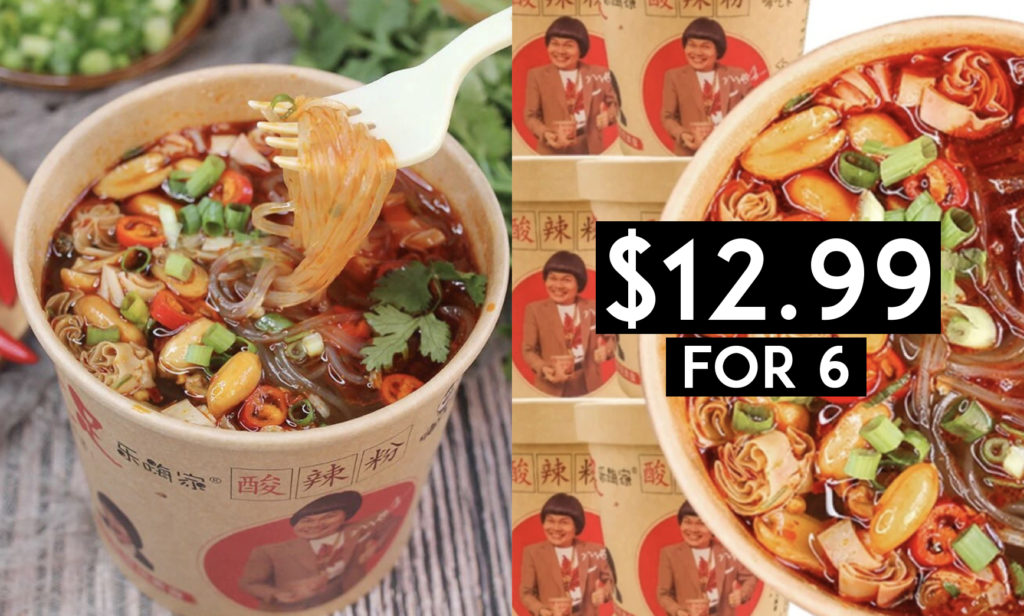 Suan La Fen (酸辣粉) are potato noodles originated from China, Sichuan. The dish is known for its mala (numb & spicy) and sour taste. Originally cooked and serve in noodle stores, this dish also has it’s instant counterpart, which is the latest trend that reached Singapore’s shores.

These instant mala potato noodles, packaged in cups, usually take around four to six minutes to cook after hot water is added and the lid is sealed.

They also come with seasoning powders and sauces, as well as a variety of condiments.

Priced at $2-$3 a cup, these cup noodles sells like HOT CAKES! 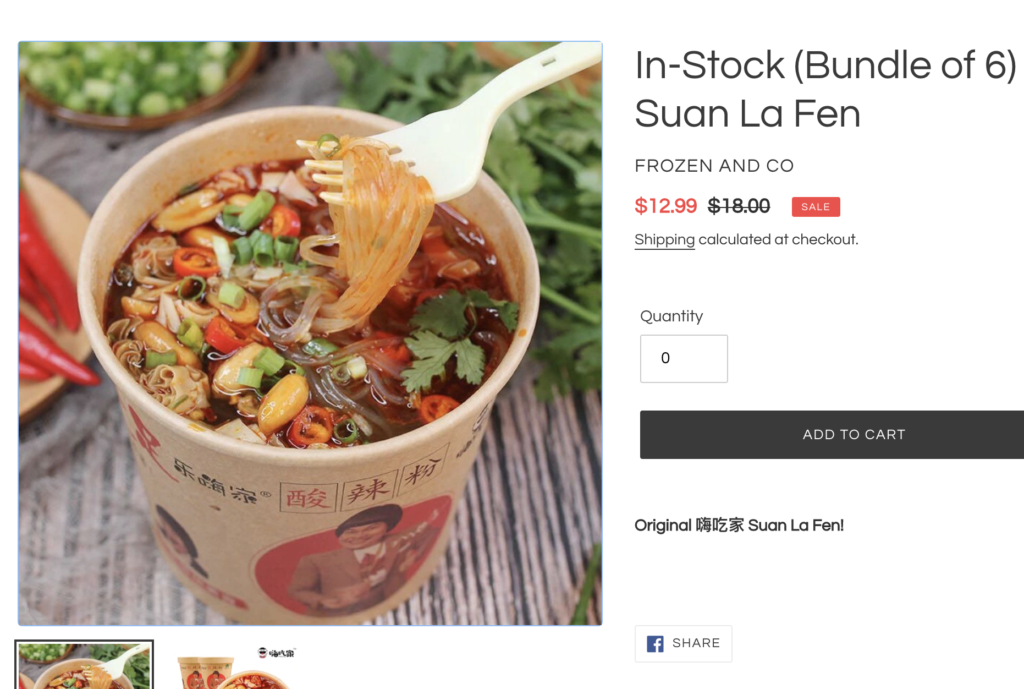 There are also news circulating on the net that some suppliers have been selling fake Hai Chi Jia’s products. Here’s a quick guideline on how do you differentiate between the real and fake:

This company also stated that they are selling the authentic Hai Chi Jia’s product:

However though, you can only buy 3 sets per cart. They charge $6.99 for islandwide deliveries,  and they deliver on Mondays, Wednesdays & Fridays. 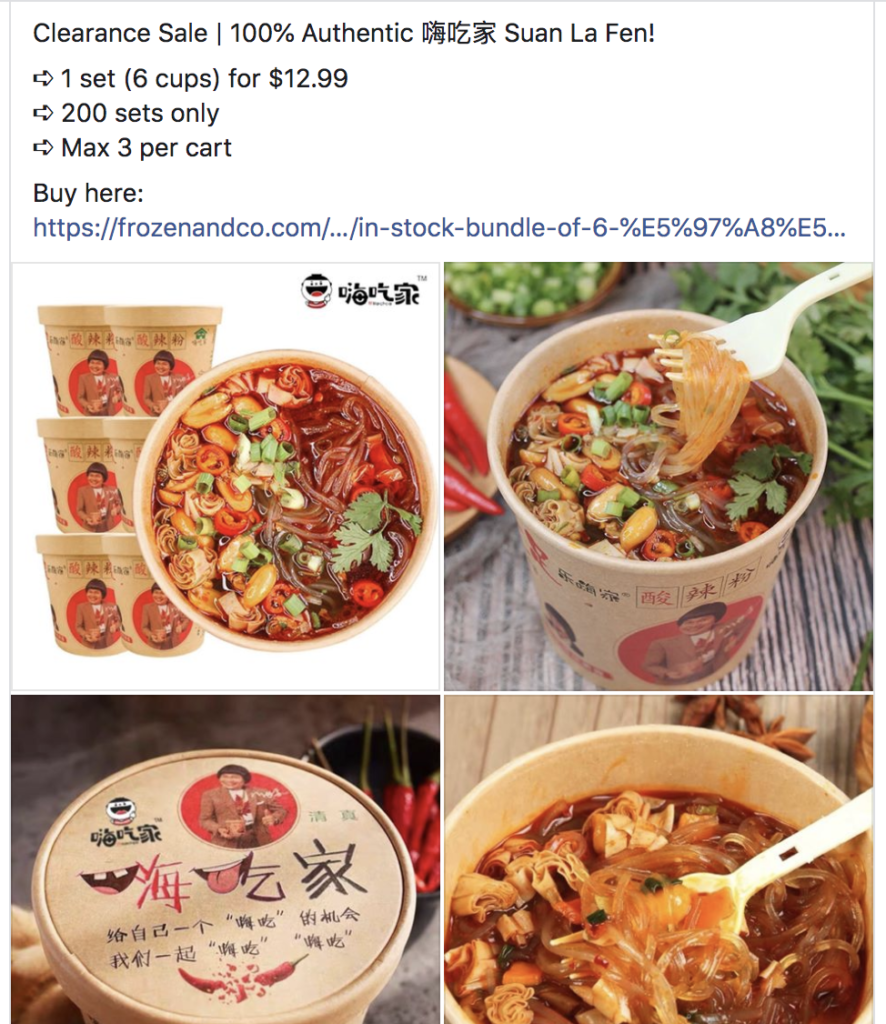