Pretty sure Hai Chi Jia (嗨吃家) needs no introduction with the recent craze over which Suan La Fen (sour and spicy noodle) is the best.

So, why bother with a new rival (Mo Xiao Xian 莫小仙)? A china supplier revealed that Mo Xiao Xian 莫小仙 is actually very popular in Sichuan, China and the brand itself claimed to have the authentic flavours of Chong Qing. Today, we had a taste test of just Hai Chi Jia 嗨吃家 VS. Mo Xiao Xian 莫小仙.

Read on to find out which is better (in our opinion of cause). 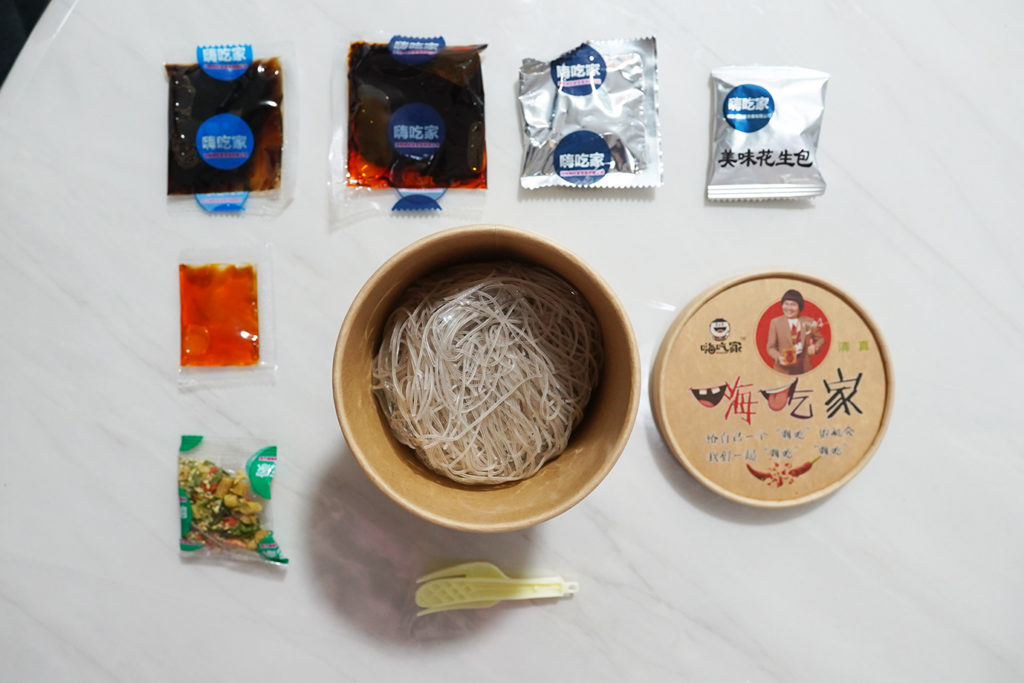 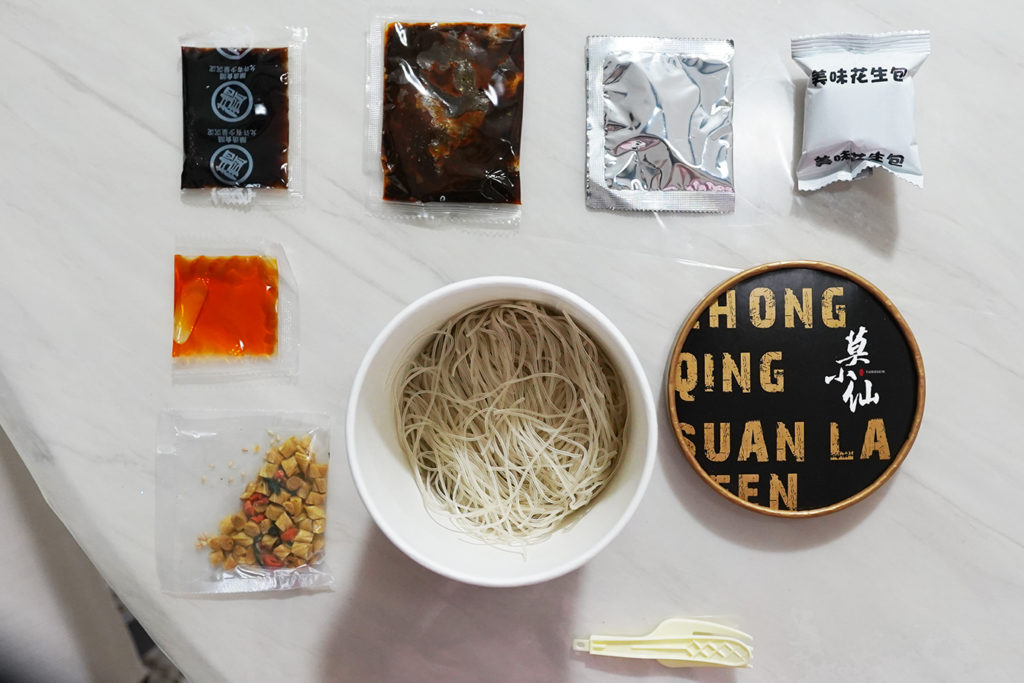 Let’s start with the ingredients and condiments. When we were laying them out, we were amazed to find that both for the same type and number of condiments, though there was a slight difference in certain condiments. 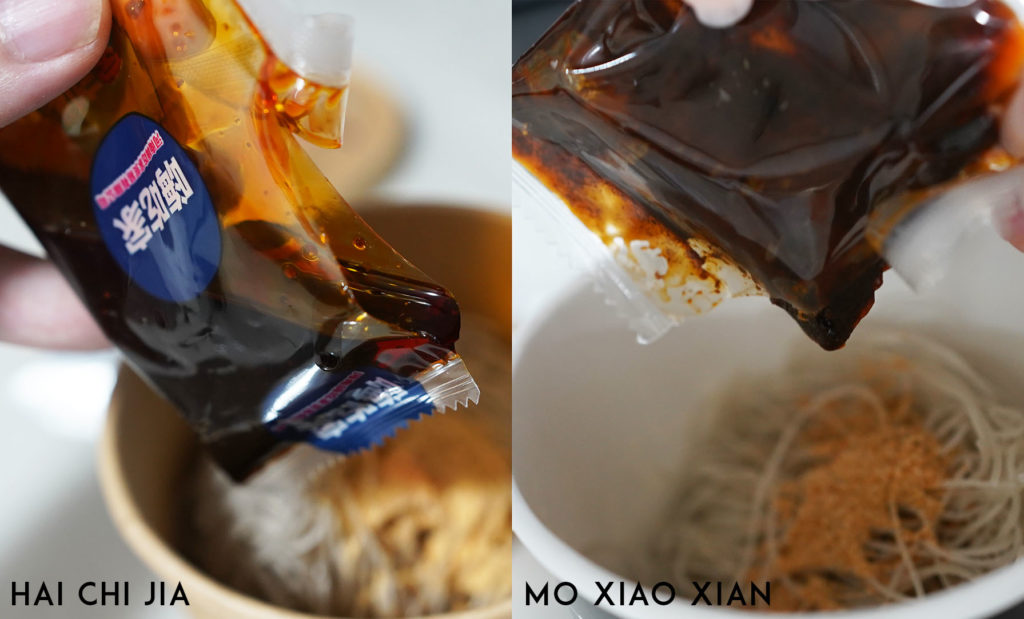 HCJ’s vinegar pack is bigger in size but thinner in concentration. Its mala paste is also more watery and oilier. The noodles are sealed and wrapped in plastic but MXX’s noodles are already exposed (just like your typical instant cup noodles). HCJ’s peanuts come with more chilli powder than MXX’s peanuts. 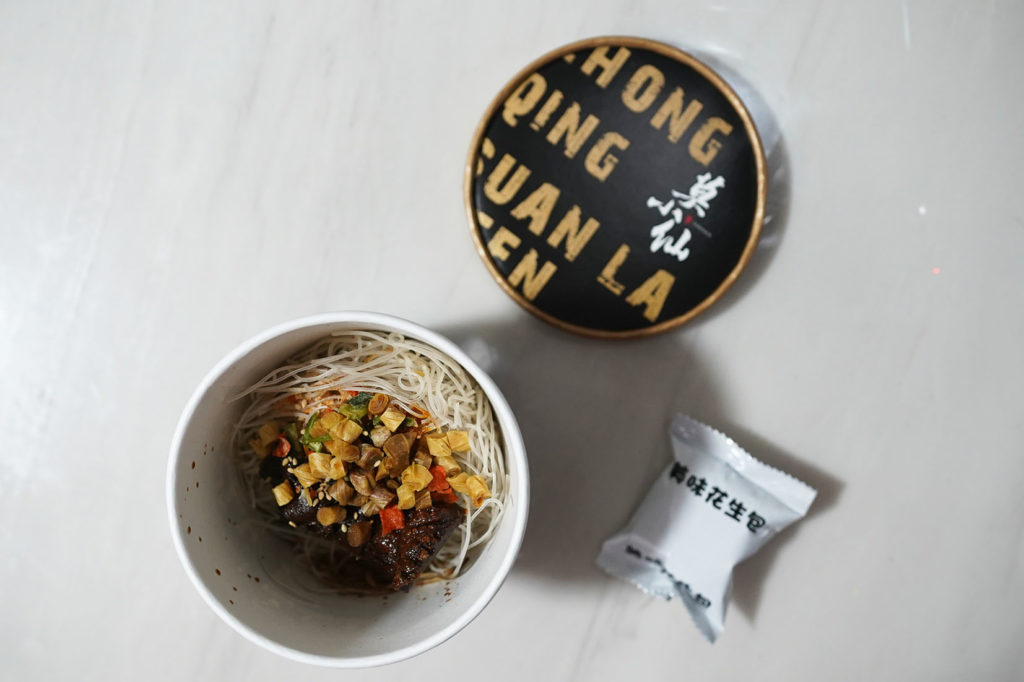 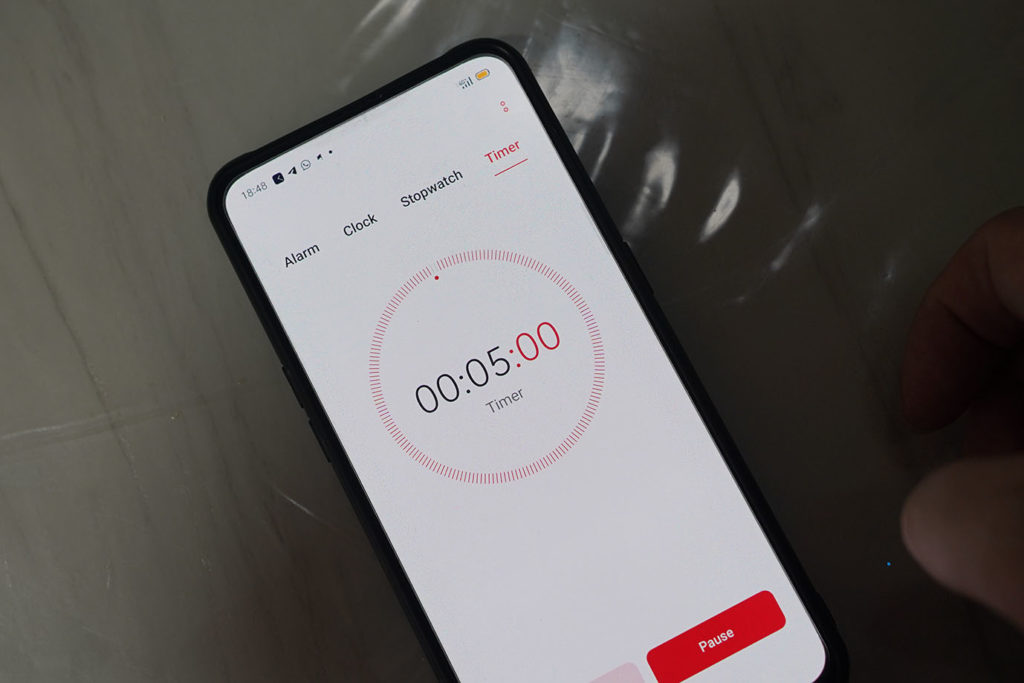 Both advised us to cook between 4-5mins so we decided to cook for 5mins with the same amount of water. MXX’s mala paste is literally a solid paste and has little oil. We saw both of their fats content: 37.7g (HCJ) and 18.7g (MXX) per each 100g serving. Maybe HCJ’s high fats content (double of MXX’s) comes from the oily mala paste? 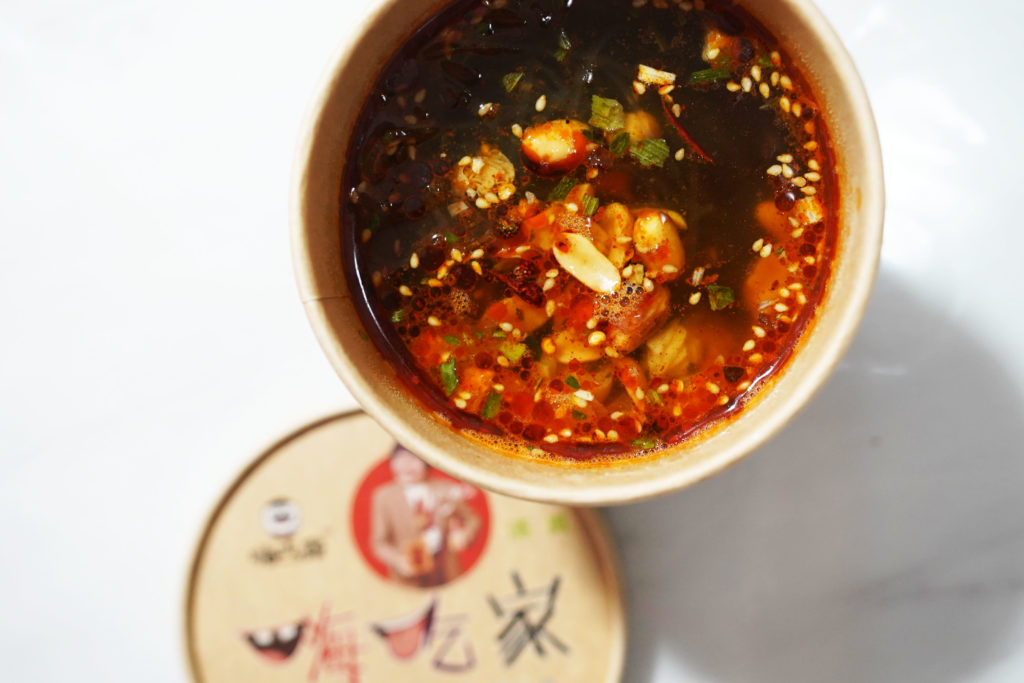 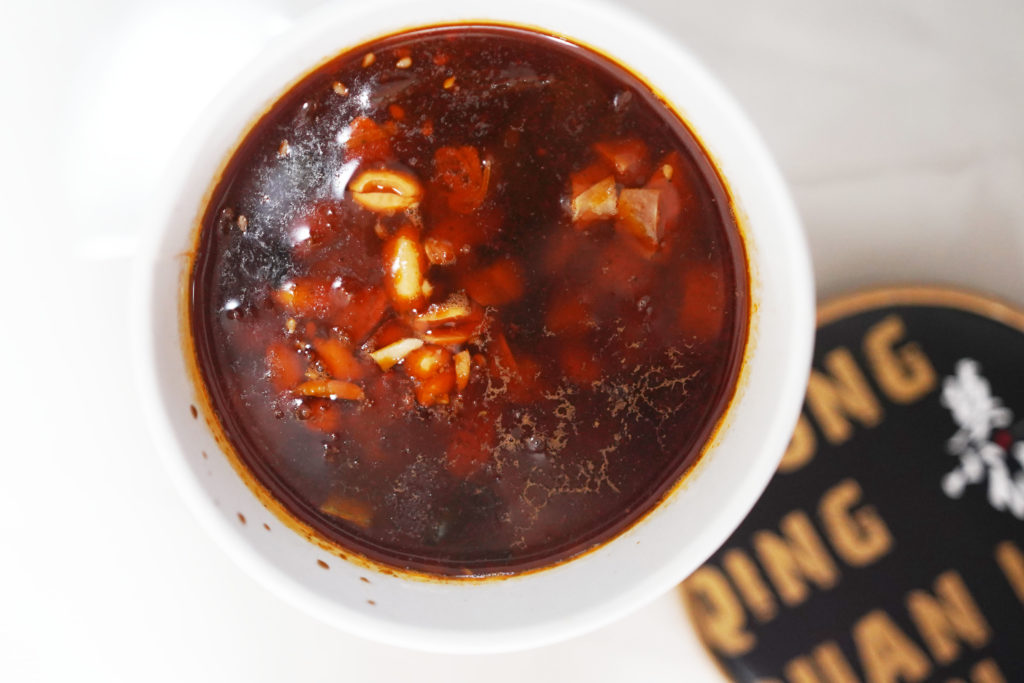 Now, time for the ultimate taste review. I was told to be brutal, since HCJ seems unbeatable. I am definitely going to scrutinise the taste, the noodles, the broth and every ingredient as much as I can.

HCJ though very well-liked by Singaporeans, it is known to be very oily. True enough, the first sip of the broth was oily to the max but its roasted sesame seeds are very prevalent on the surface. The noodles were very slurp-able since they were well-coated with the oil. There were even peppercorns floating on the surface (so be careful not to bite into any of those or you’ll regret). After a few mouthfuls, a slight numbing sensation can be felt. The spiciness and numbness is just right for me. The taste of vinegar was subtle to a certain extent as well. 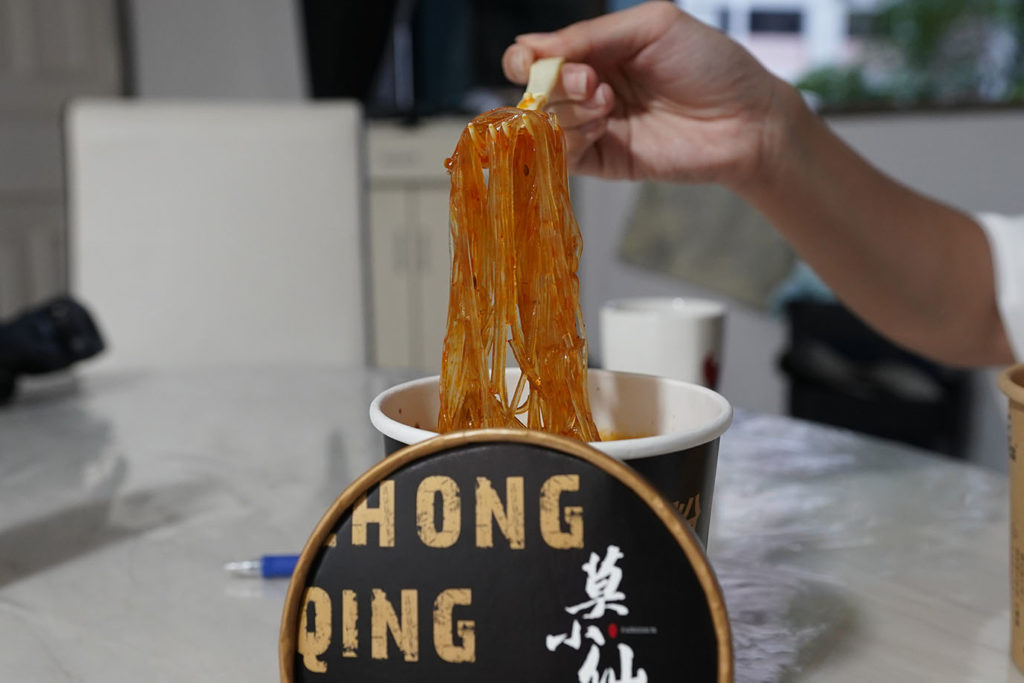 How about MXX? The first sip was quite fragrant and a strong vinegar taste emerged almost immediately. The noodles were chewier (both were cooked for 5 minutes) and did not break as easily. A huge bulk of the taste comes from the vinegar, which almost resembles those you dip in for Xiao Long Bao (chinese soup dumplings).

Both of the brands’ peanuts were equally fragrant and crunchy. So, what is our verdict? To be honest, it was EXTREMELY HARD to even differentiate and decide the winner at first. I had to switch at least 4 times to try and compare again and again. I even tried rinsing my mouth with some plain water before trying the other brand. I concluded that the best way to compare is to eat the noodles immediately after. 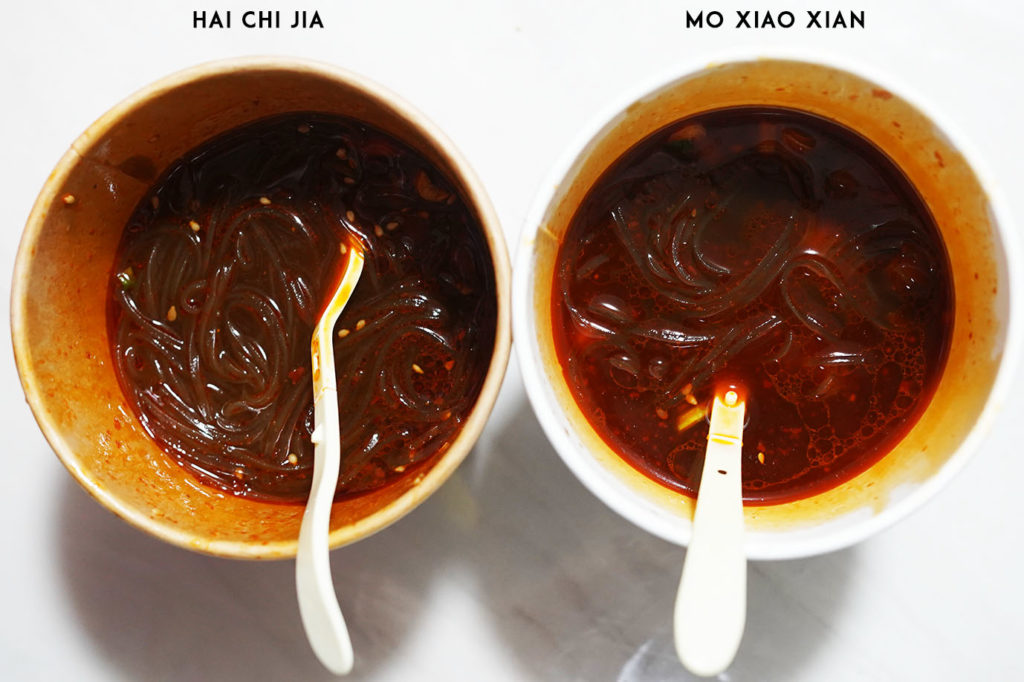 Let’s debate about the broth first. I really liked MXX’s broth initially because it was more fragrant to me and HCJ was more towards the sweet spectrum. But the strong vinegar taste that comes after was too much for me. I would say MXX’s broth is more drink-able because its fragrance makes you continue on, just that you got to be prepared for the vinegar aftertaste.

HCJ, on the other hand, was sour and much oilier at first, but what lingers behind is the slight sweetness. Comparing the both broths alone, I like MXX’s version more, provided that I reduce the vinegar content the next time round. Afterall, it is really more drinkable, more flavourful and less oily. 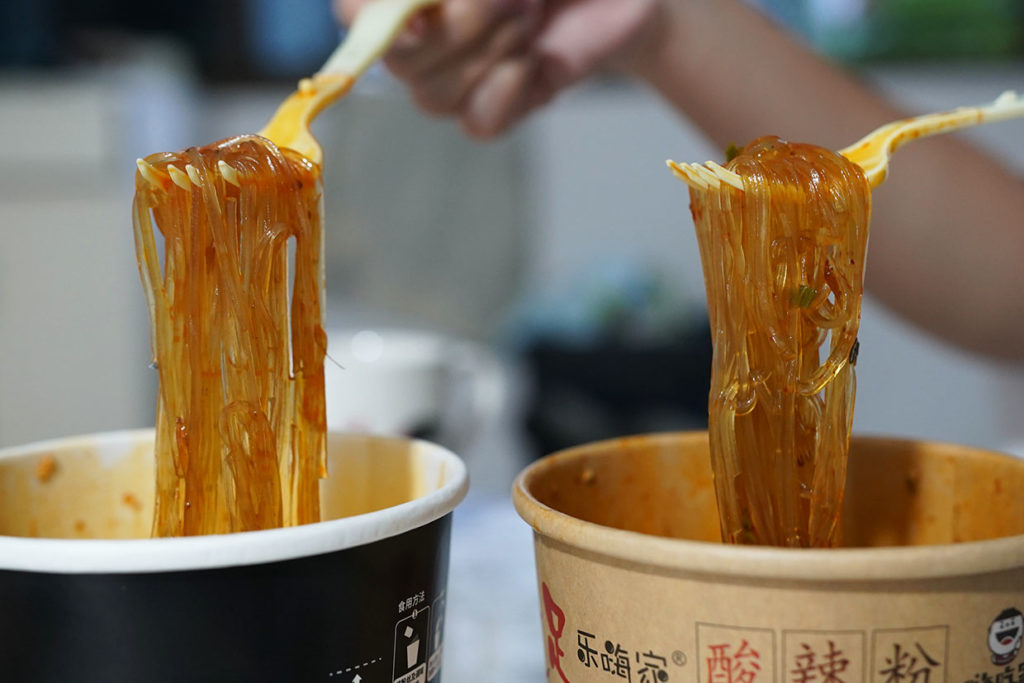 Firstly, it’s because it is a lot more slurp-able – it really makes it irresistible to stop slurping. Whereas I had to chew on MXX’s noodles more thoroughly before I swallow because of its texture. Again, the strong vinegar taste from MXX also gets onto the noodles, making it quite sour.

Final verdict? I would actually prefer Mo Xiao Xian 莫小仙 for its broth. For my own personal preference, I will cook MXX noodles longer (to soften the noodles) and add only half of the vinegar packet. My friend who also tried both prefers MXX too, but for a different reason. He shared that the robust vinegar taste reminded him of China chinese restaurants which frequently use high quality vinegar for most of their dishes. We concluded that it was truly a tough battle between these two and we were both surprised by the outcome! 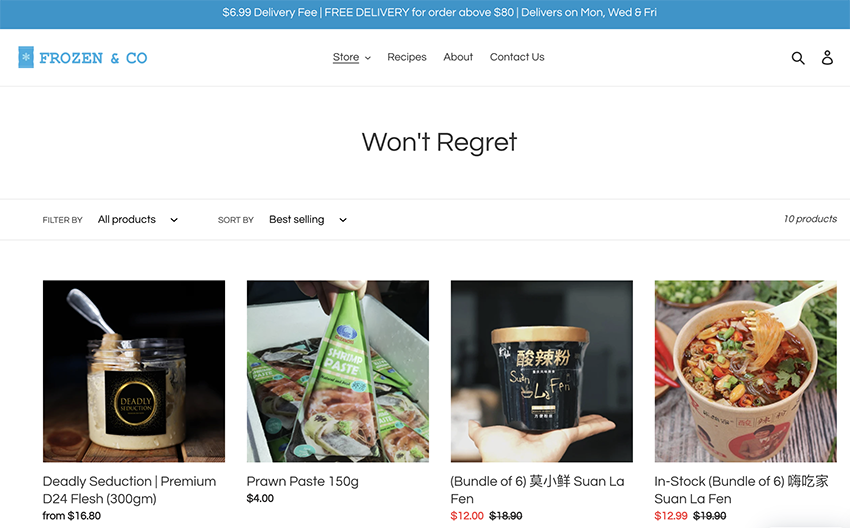