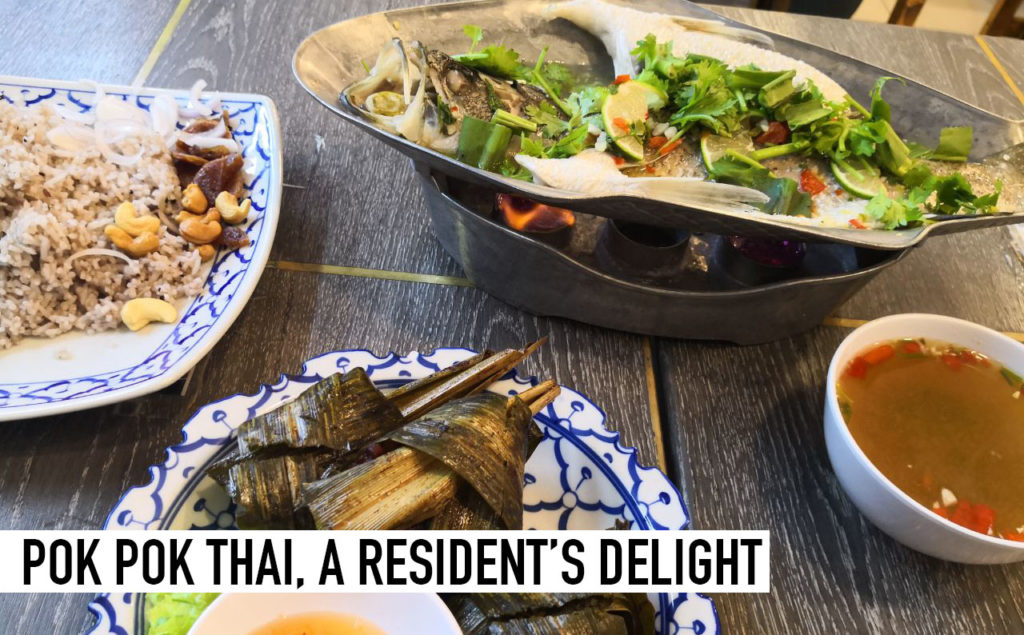 Along the one of the many vistas within the Ang Mo Kio estate, Pok Pok Thai buzzes with activity. As dusk befalls the heartland seats start to fill with hungry patrons, drawn in by the promise of enjoying a palatable meal to sate their rumbling stomachs. We were no different– after a quick perusal of the menu, we placed orders for Pandan Chicken ($6), Olive Fried Rice ($6), Pad Thai ($6), and the stall’s revered Lemon Seabass ($28). 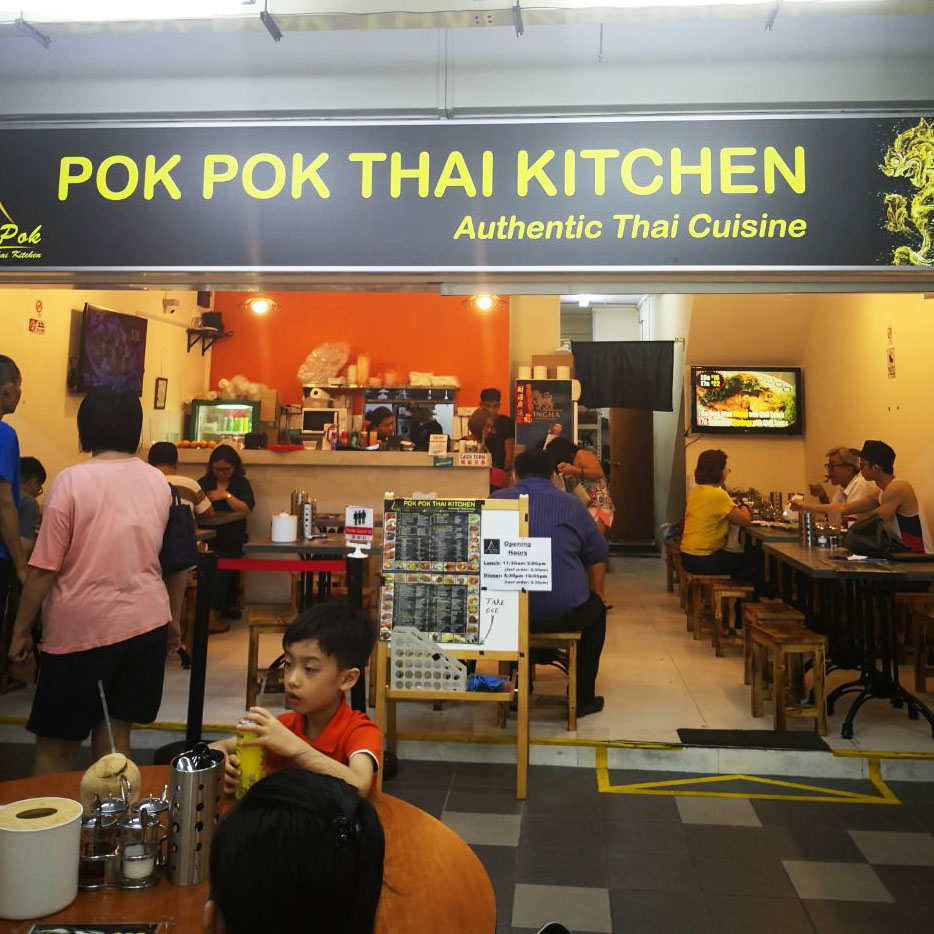 Due to its location, I had to embark on a 15 minute walk from Ang Mo Kio MRT station to reach the restaurant. Hence, I concluded that it probably thrived on the last minute food cravings of the residents living around the vicinity. 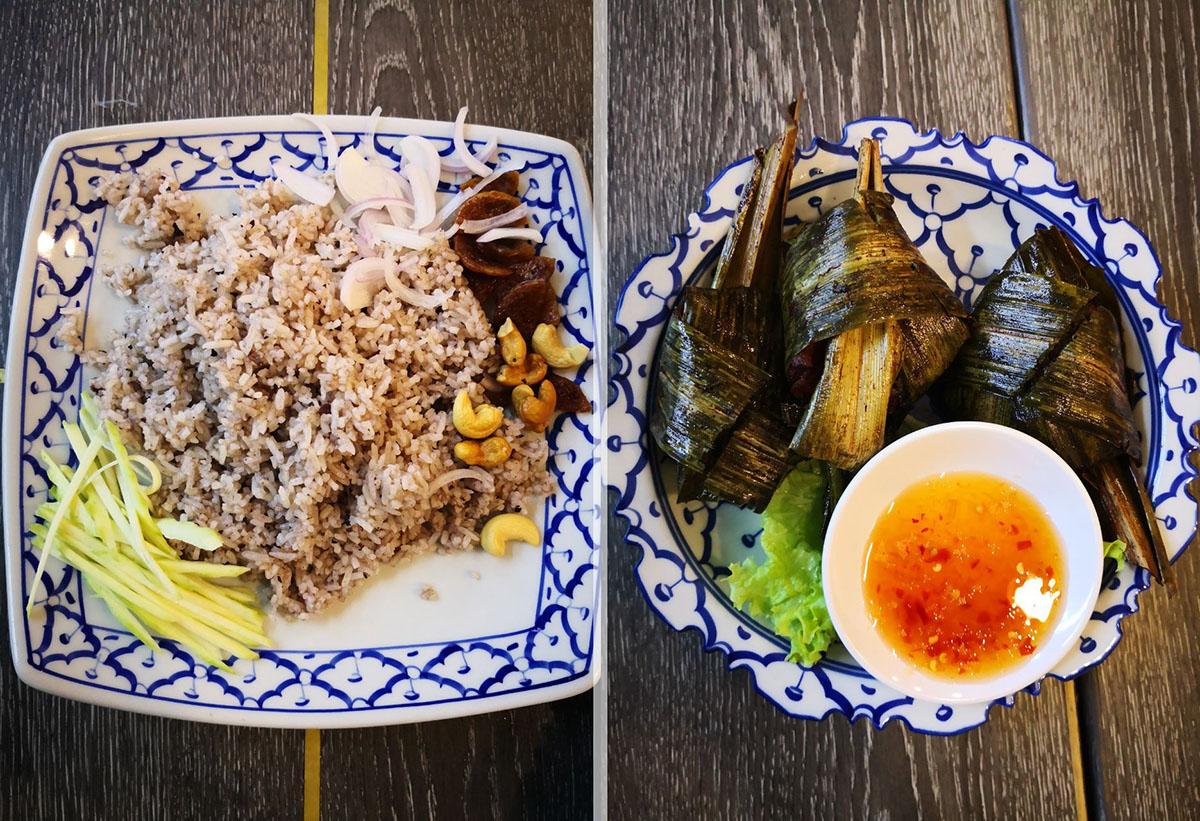 I always appreciated the aromatic quality of olive fried rice, and thought the tender, rich meat would complement its mild flavour. The chicken was well marinated and slightly crispy on the outside, but soft once my teeth sank deeper into its flesh. Accompanying it was a tiny bowl of sweet chili sauce which I immediately took to, relishing the combination of sweet and spicy. 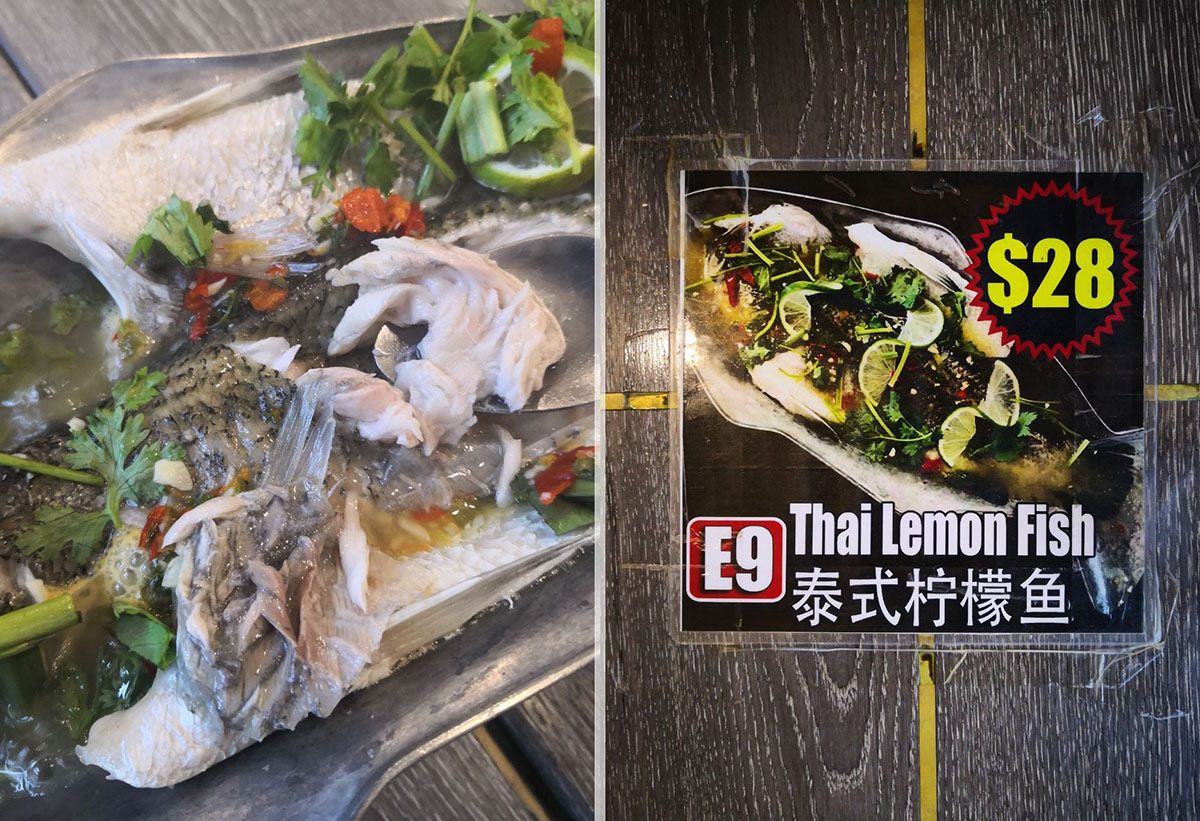 This seemed to be the star of the show, being the only item on the menu which featured solo on multiple advertisements stuck on the tabletops. It was presented to me on a metal stand atop lit candles which kept the dish perpetually warm. I marvelled as I dug into the fish, at how its white fibers fell away so agreeably from the bone and melted in my mouth. On top of that, the medley of subtle spices worked perfectly together to enhance and not overpower the gentle essence of the Seabass. This was well coordinated and reminded me of the salubrious variety of steamed fish my mother used to cook for me at home, all in the name of good health! 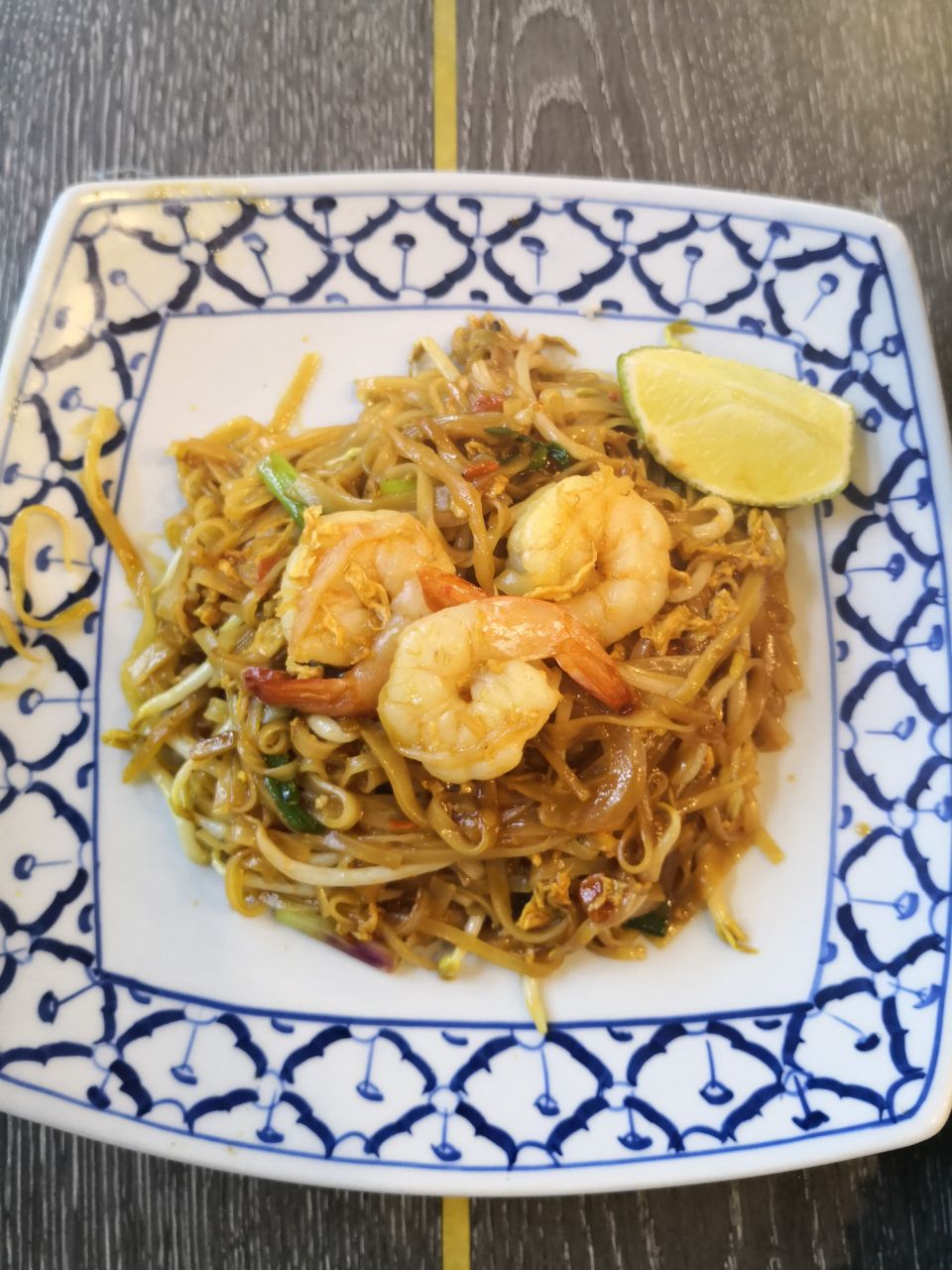 Being a staple at every Thai restaurant, this definitely had to be sampled. Although we generally enjoyed the synonymous tangy noodles, Pok Pok Thai’s rendition of it was satisfactory at best. It was still a gustatory delight, as most Pad Thai are, but falling slightly short of competition if it were pit against others conjured from other kitchens.

The verdict was that Pok Pok Thai probably would be a go-to for those staying nearby, but to make a long journey down for its fare is debatable.

They also charged $1 for bottled water instead of serving it free which added to my lukewarm sentiment of the restaurant. Overall, a good establishment but lacking those few steps to excellence. Still worth checking out if you happen to be in the area and hunkering for a taste of Siam though!