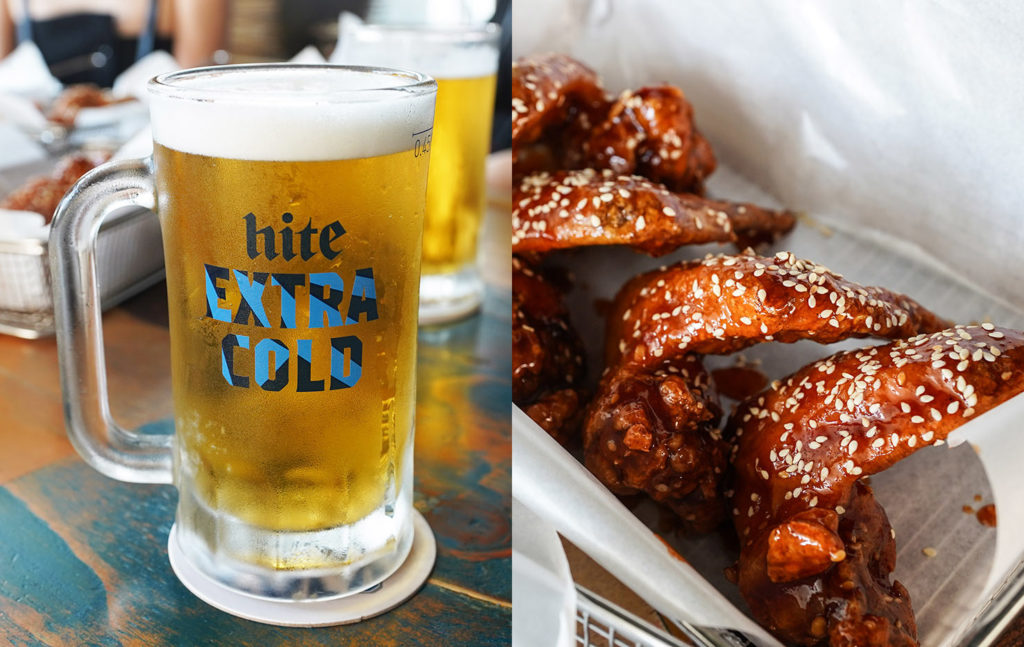 K-culture is pervasive. Although some of us may be indifferent to its influence on makeup, songs and fashion, it’s only a matter of time before it infiltrated something close to nearly every Singaporean’s heart… our beloved chicken wings! In fact, it’s hardly a bad thing. For lovers of this particular dish, cravings are easily sated given that it’s available at numerous restaurants that have sprung up all over the country in recent years. 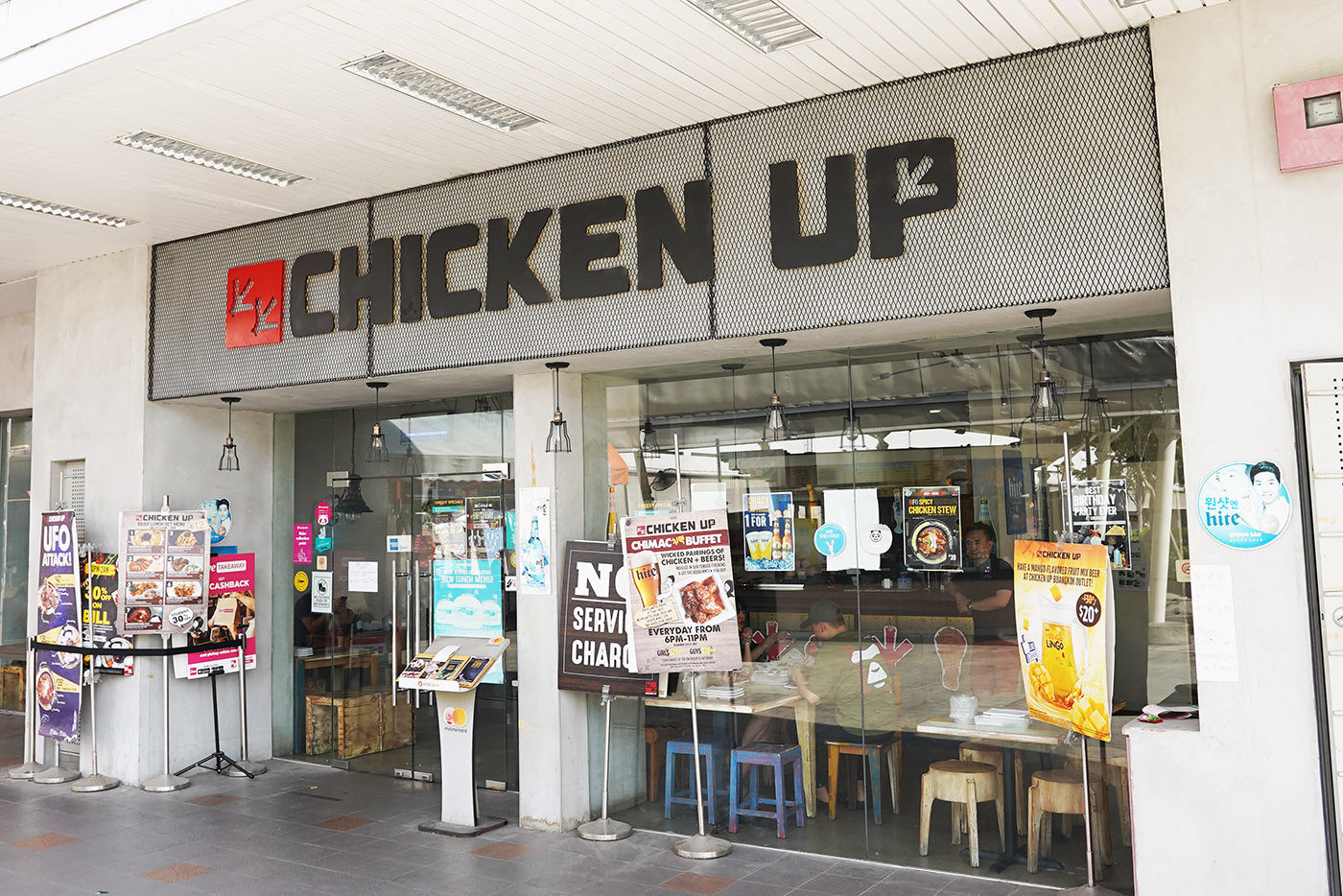 Chicken Up is one of the more popular franchises, and it’s offering a deal for Korean Fried Chicken junkies: An all-you-can-eat buffet at $15 for ladies and $20 for guys. My friends and I gathered to seize this opportunity.

The free-flow selection was straightforward, limited to just their Korean Fried Chicken wings, although their regular menu seemed extensive and certain items like their Truffle Fries, UFO Platter and dessert piqued my interest. That said, the wings available came in four flavours, Original, Soy, Yangnyeom and Spicy Yangnyeom. 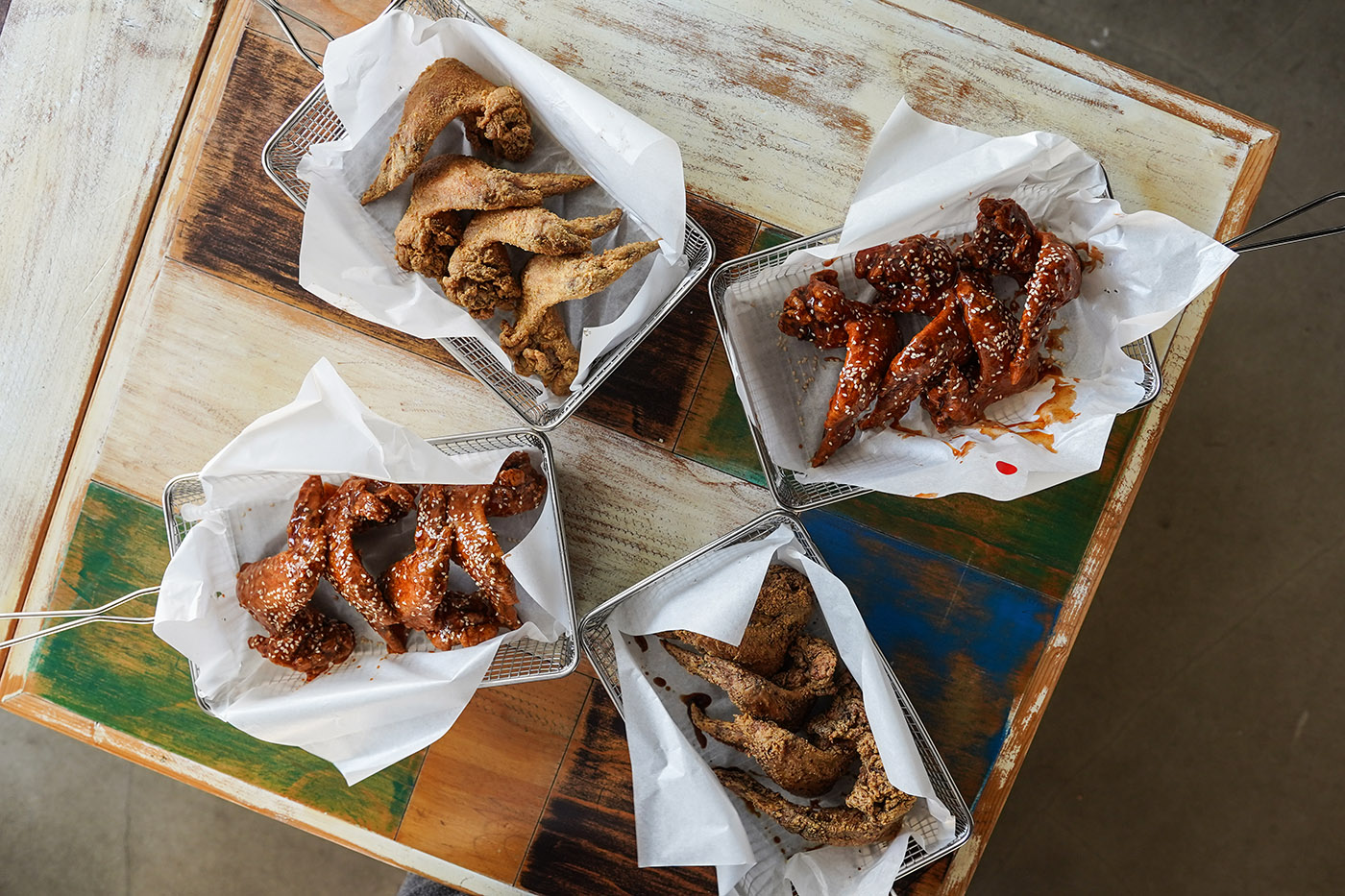 Each serving size was equivalent to four wings and for every unfinished piece, diners would have to fork out $2. The four of us sized up our opponent of 32 wings (split into 8 of each category) and headed into battle! 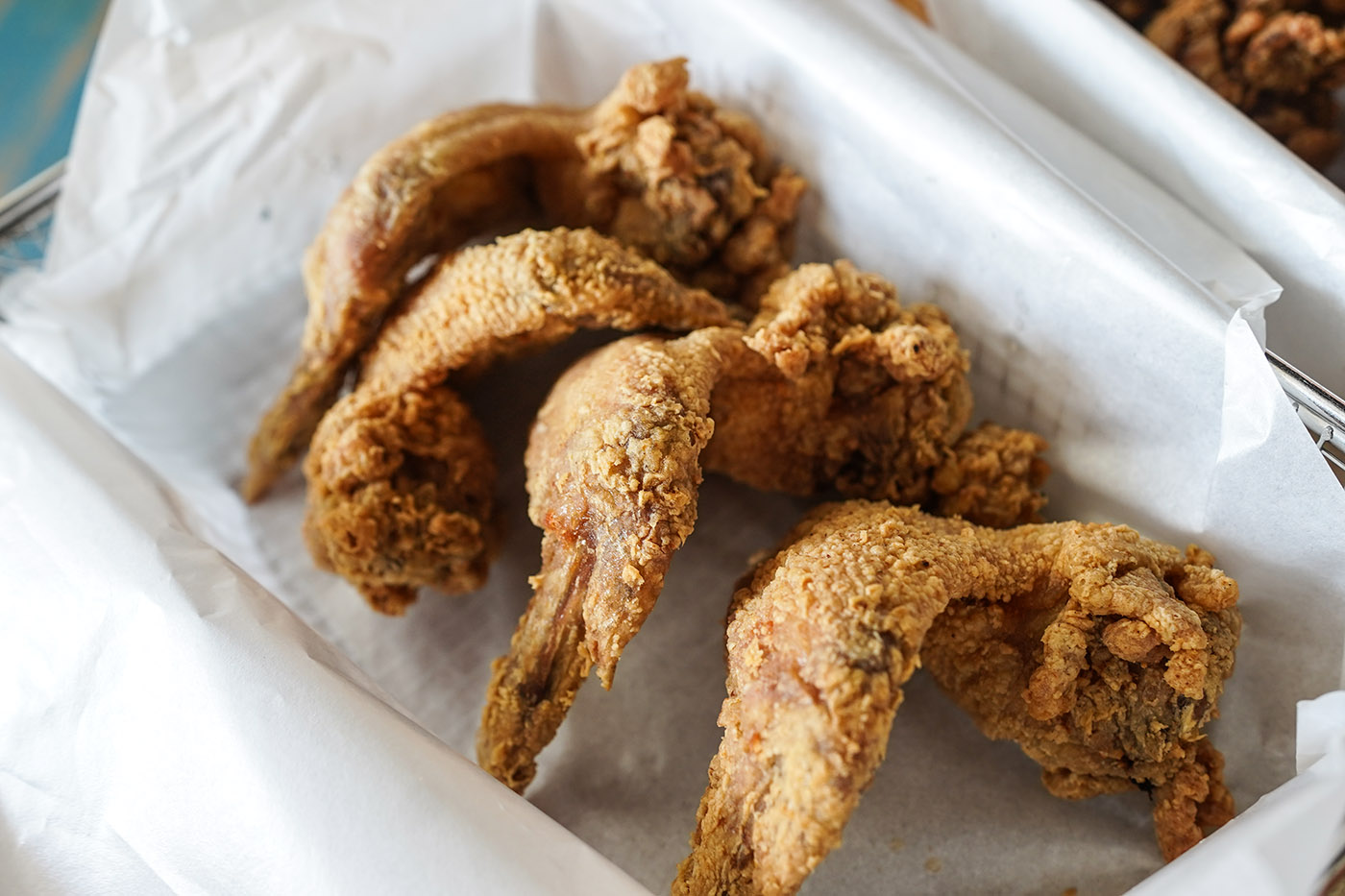 We all agreed to start with the Original flavour since it was presumably the mildest. Although it seemed the most ‘basic’, it did not disappoint. It was delicious! I felt it was reminiscent of an expertly-prepared classic Western chicken wing, one that’s fried to golden perfection, crunchy and fragrant. Hardly greasy or soggy, it was delightfully ‘light’ to consume. I’m sure most of us have ever found ourselves savouring a piece of fried chicken with gusto, only to later realise the amount of oil accidentally ingested! Such occurrences will immediately turn the feast into a flop. Fortunately, I foresee that Chicken Up’s crispy chicken will never land you in such a predicament. 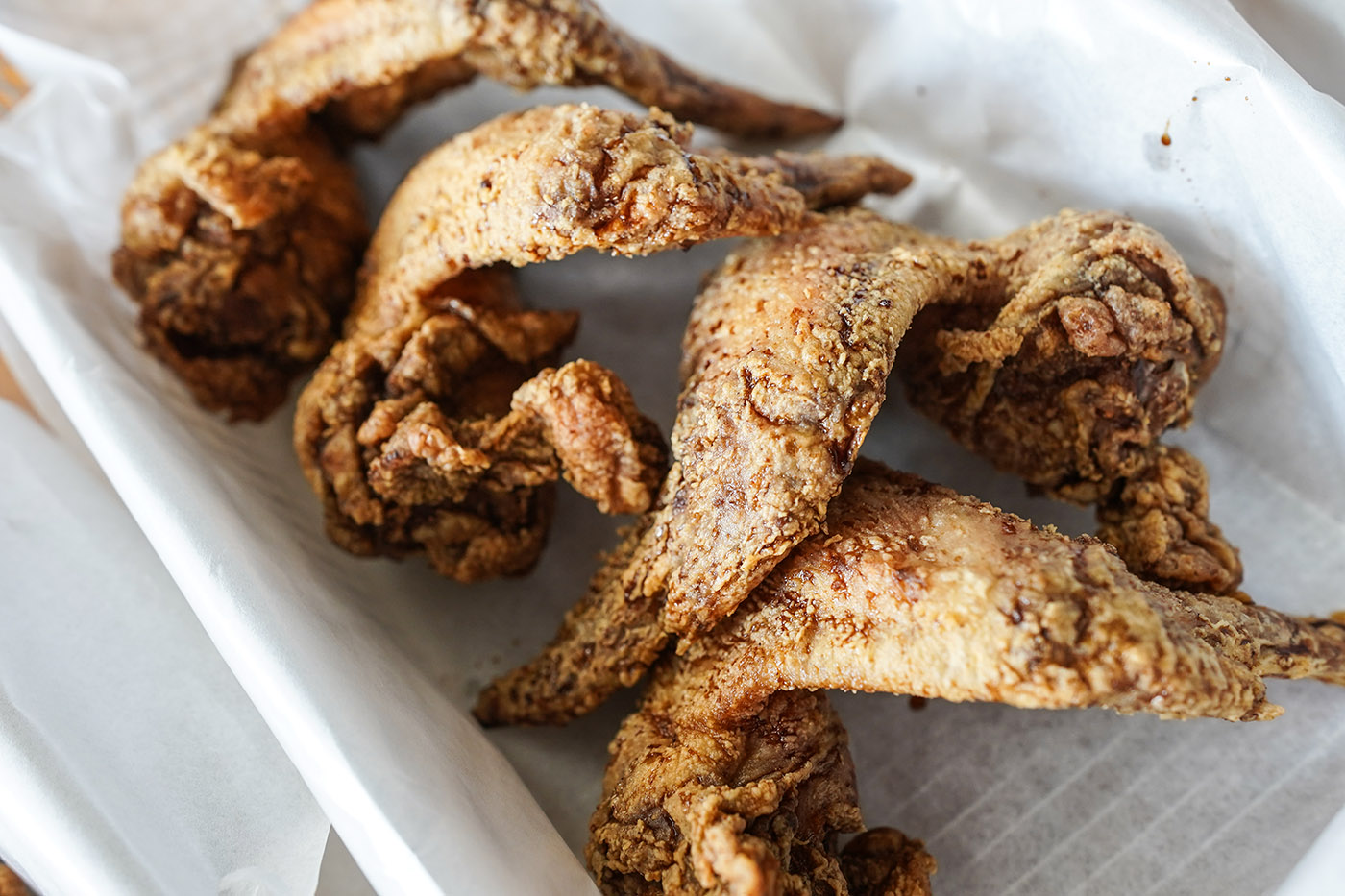 This variant received unanimous praise and was quickly reduced into a heaping pile of bones. Every bite was infused with just the right amount of soy such that it was savoury and wonderfully memorable without being too heavy on the senses. I noticed that this was the crispiest of the quartet, interestingly so because the sauce caramelised on the already crunchy skin to further accentuate its texture. Normally, sauce on top of battered foods could reduce them into a sad, slimy mess, but this brought forth the exact opposite. Full marks! 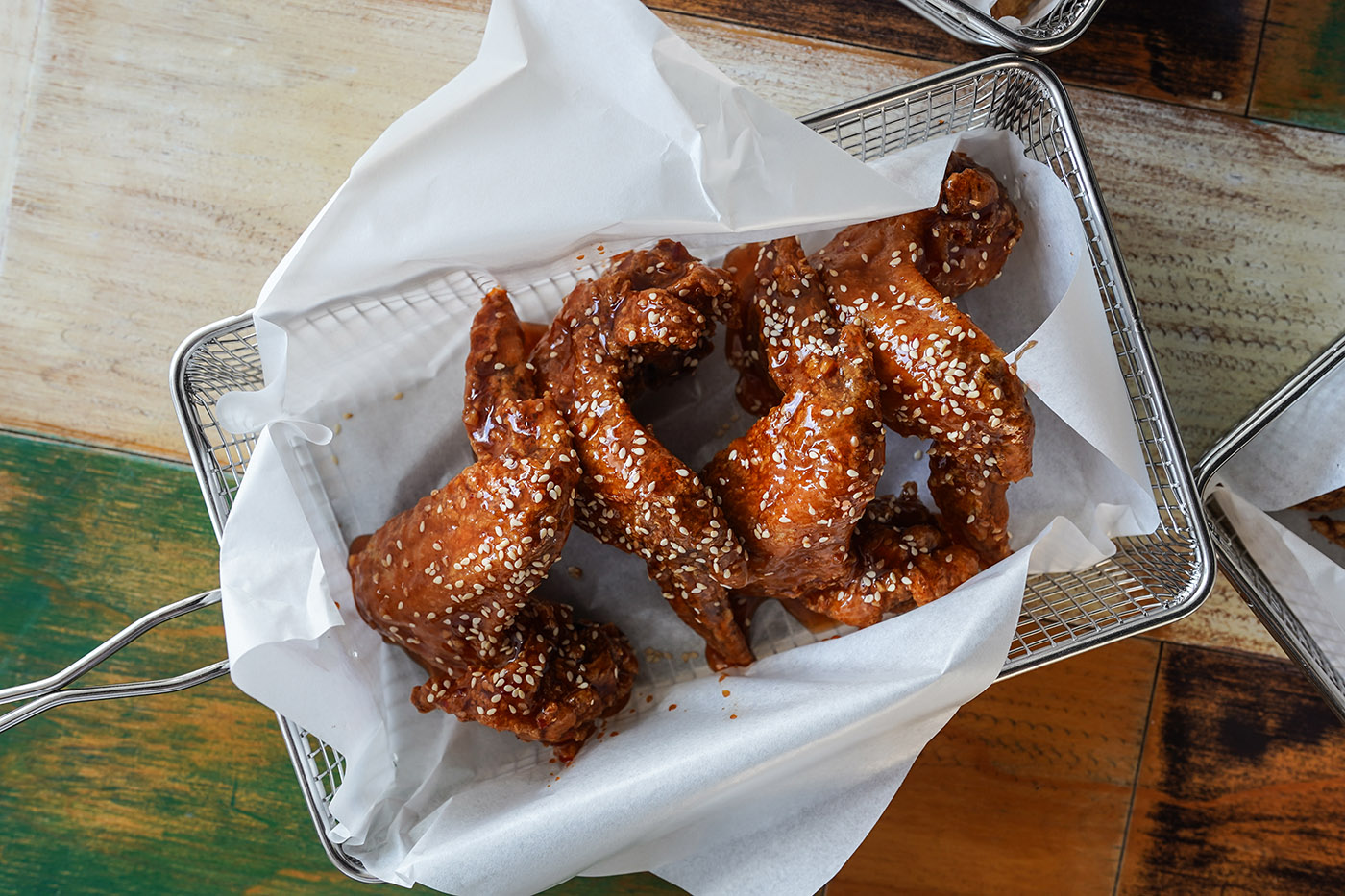 Sweet, sour and packing a hefty punch of tomato essence, the Yangnyeom fried chicken undoubtedly made a huge statement. I read that how Koreans prepare their fried chicken involves frying it twice; before battering and tossing it into the fryer, the first round drains the fat from the meat, transforming the skin into a crackly, paper-thin crust. In between the frying, sauces and spices are coated over the wing, such that the end product is evenly seasoned throughout. Chowing down on this confirmed the validity of this technique– every bite burst with a rich tang. We felt that this flavour was enjoyable, but had the potential to be cloying as the Yangnyeom was very strong tasting, and if that wasn’t enough, the wings were also slathered in this honey-like glaze.

This was similar to its predecessor, just that as its name suggests, had an element of chili. One of my friends quipped that this managed to achieve a perfect, balanced blend of being spicy and sweet simultaneously. He claimed that most foods with the same combination typically had one perk outshine the other. Unlike its non-fiery friend, I discovered that this was without that extra layer of honey relish, which was a smart choice. It was probably what allowed the spice to shine through and receive an equal share of the limelight.

After the meal, I was pleasantly surprised that washing my hands with just plain water sufficed in ridding most of the grease. One gripe I had was they sadly did not provide complimentary water. It also occurred to me that on an ala-carte basis, four wings are worth $12, so for a guy to get a run for his money, at least eight wings or more have to be devoured. Might not be everyone’s thing, but I’m sure this might greatly appeal to some hardcore devotees of Korean Fried Chicken on our sunny island.

Only available at: Chicken Up Buangkok