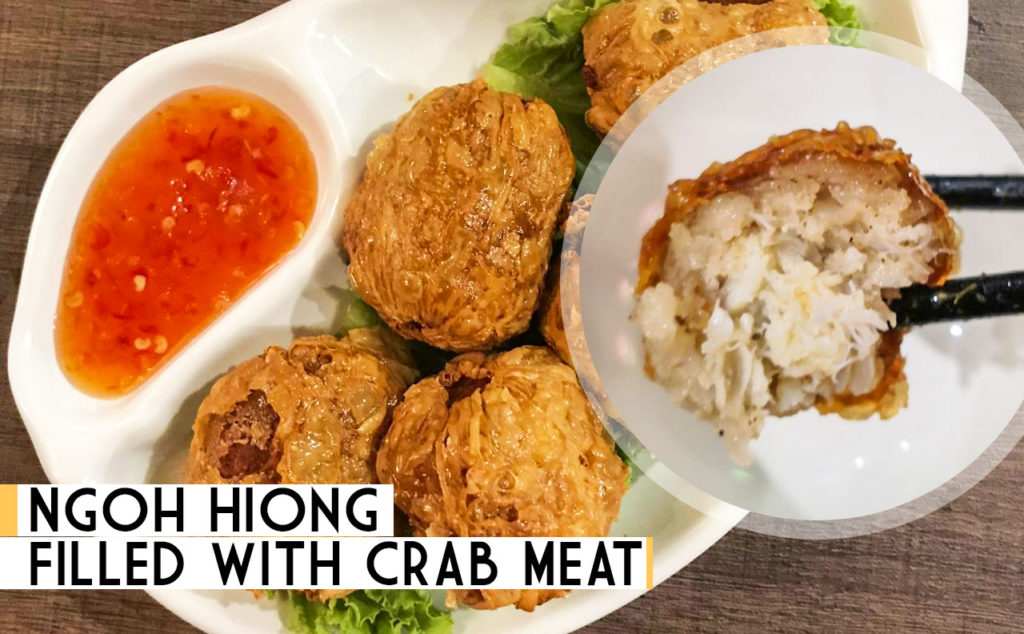 Tucked away on a quiet corner of Ruby Lane is a humble establishment named Penguin’s Kitchen.

At dinnertime, it typically sees a hungry queue snaking out beneath its neon signboard into the street—a visual testament to the delicious cuisine it offers! Today, I was assigned with the task to appraise their esteemed Crab Ngoh Hiong, said to be an epicurean delight of epic proportions. Well, there was only one way to find out. 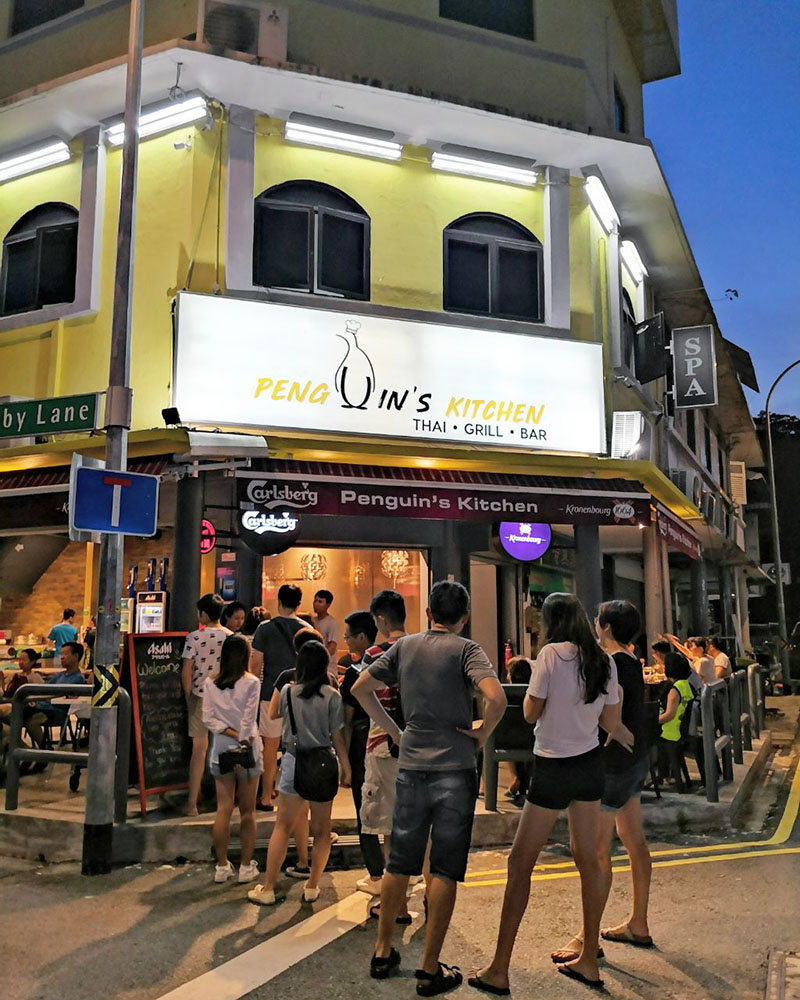 Once we were comfortably seated, we hastily scoured the menu and was delighted to find all our favourite Thai dishes available. Without delay, Green Curry with Chicken ($10), Red Tom Yum with Chicken ($10), Iced Milk tea ($2.50), Prawn Pad Thai ($8) and the renowned Crab Ngoh Hiong ($15) were added onto our tab. The interior of the restaurant was cosy and illuminated with soft orange lighting which I felt added to its gentle, modest atmosphere.

Shortly after, a smiling waitress delivers our orders. It was time to put our taste buds to the test!

I had nothing but praise for this dish. For a mere ten dollars, my palate was pampered by thick, sweet curry and tender chicken flesh. On top of being absolutely lavish on the tongue, I was pleasantly surprised at the abundance of meat included in the soup as displayed in the picture above. Having a penchant for Green Curry, I have patronised various Thai eateries but none of them had ever come close to being this plentiful with their portions. I heartily tucked into the meal, every bite leaving me feeling more satisfied than the last. 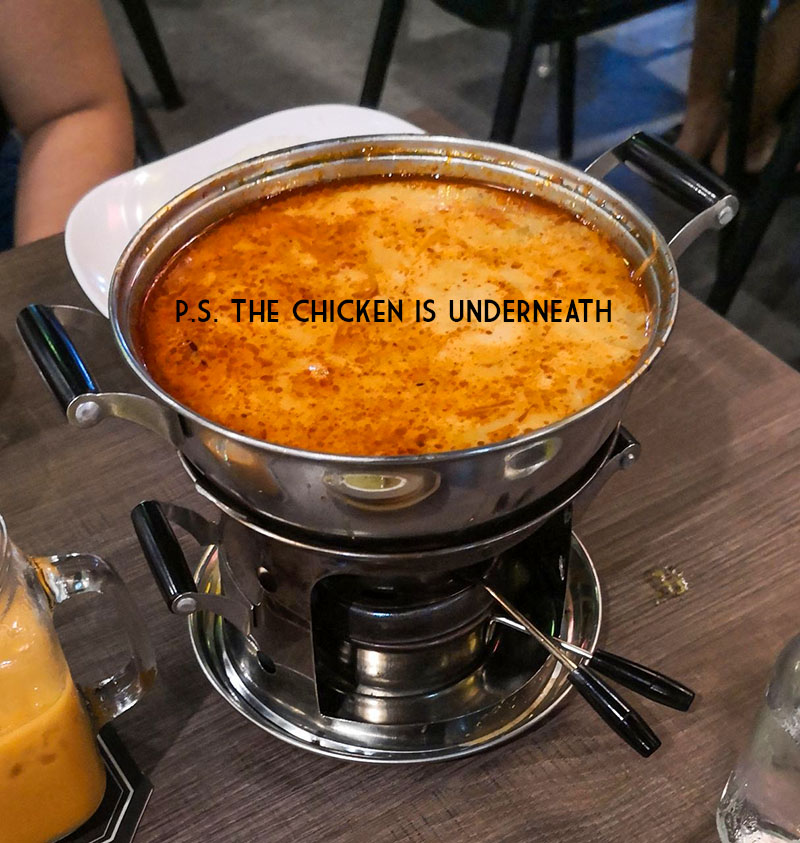 The Tom Yum was flavourful, boasting a perfect culmination of sour and spicy. I liked how the bowl arrived on top of this metal structure which housed a flame underneath to keep the soup perpetually warm. This struck me as thoughtful and I was impressed once more, this time by the meticulousness of the staffs’ consideration for their customers. Again, they never scrimped on the ingredients, resulting in a sumptuous, dynamic dish which left our tummies more than content. 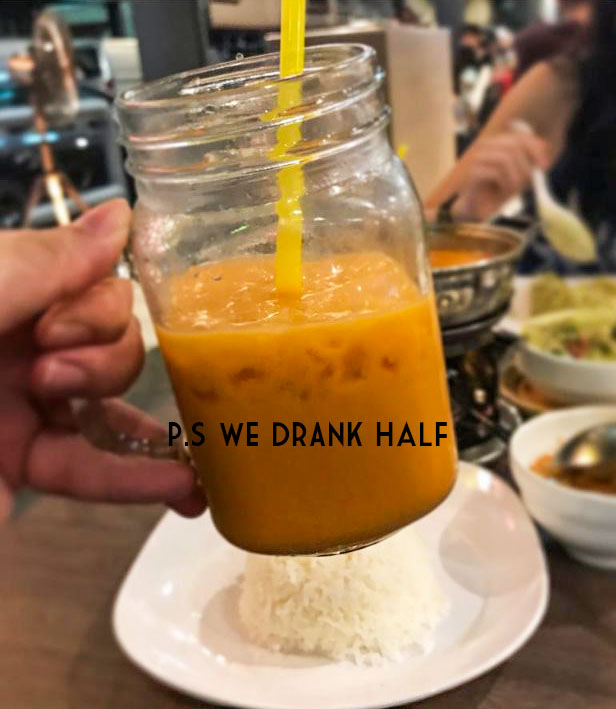 The milk tea did not fail to disappoint either. $2.50 entailed a full glass jug of the drink, which we felt was worth every cent! 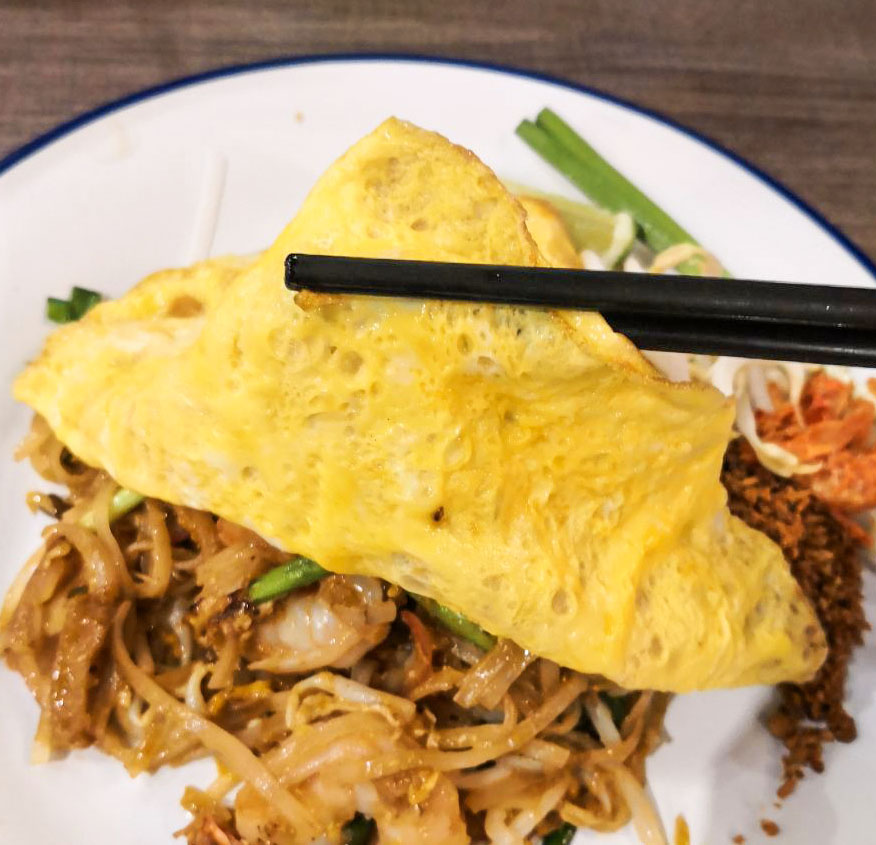 The penultimate component to our dinner was topped with a rich yellow omelette, its noodles an eclectic blend of soft, springy and supple. Juicy prawns completed the ensemble, and every bite was a burst of tangy goodness. Did you know that Pad Thai comprises of four flavours including sweet, sour, salty and spicy? This particular creation from Penguin’s Kitchen excels in each of those aspects, and I dare say it is so reminiscent of the Pad Thai I enjoyed during my holidays in the Land of Smiles. Its authenticity runs unparalleled, overshadowing most other Pad Thai in Singapore– as though they could be kway teow in comparison to this gem. 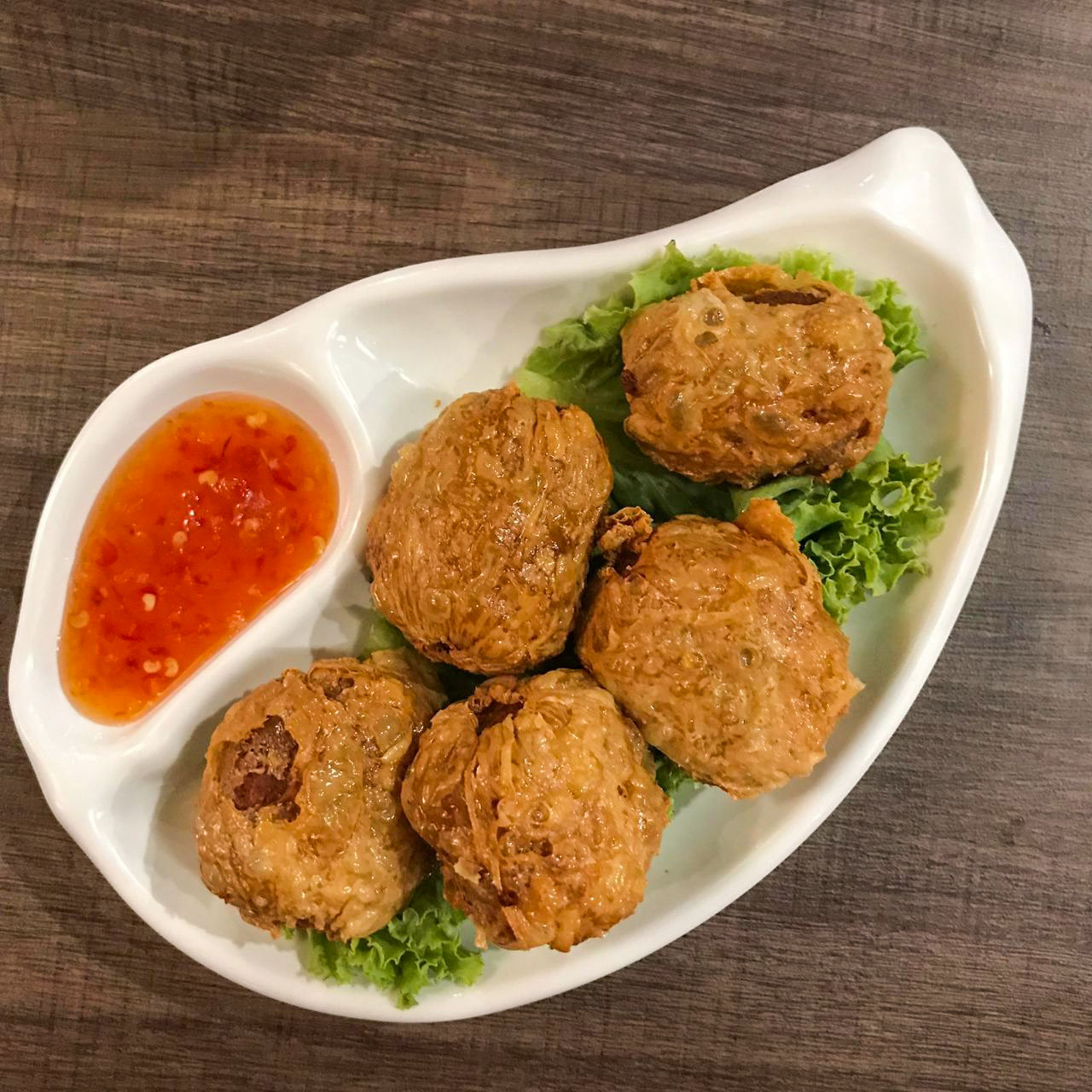 Now, for the long awaited verdict! At $15 for a side dish, it was considerably more expensive than the prior orders we made, but it did not disappoint at all. The crunchy, light exterior was already a winner, but its trump card was the densely-stuffed, fragrant helpings of crab meat concealed within.

I just had to share a photo showing the magnificent amount of burgeoning white fibre.

Honestly, I sank my teeth into the ball expecting to meet an equal union of flour and meat, but I was proved otherwise. Other than the fact that I was physically unable to speak while chewing up this mouth-watering masterpiece, I was really lost for words at how remarkable the experience was. This is not one to be missed—I hardly recall this being a common feature on restaurant menus, and despite the affordable price tag it did not in any way compromise on taste nor quality. I had zero complaints and only praise to sing for this tantalising specimen!

Generally, Penguin’s Kitchen is a humble, independent restaurant which doles out innovative treats on top of popular favourites at wallet-friendly costs.

The staff are forthcoming, attentive and the portions extremely generous. I have to add that unlike some food places which charge extra for water which is a bane for most when dining out, they have a free-flow station for it. This is a place I would recommend to satisfy Thai food pangs or friendly get-togethers.