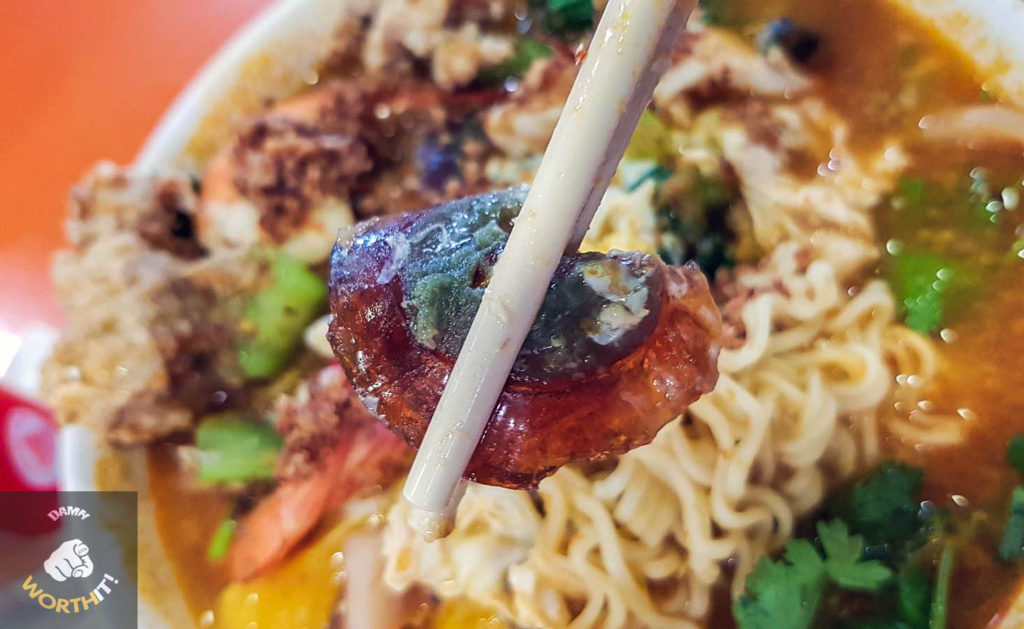 Many of you would have known and tried the typical kekoumian (KKM). However, what I was introduced recently is a hidden menu – CHILLI SEAFOOD KEKOUMIAN w/ CENTURY EGG!

The truth is that you can always tell the Uncle what toppings you want, but whether you get the right combination is the key secret here. So instead of wasting time and $ testing out different combination, I guarantee you that this combination I’m reviewing on is gonna be one of the best! It’s even better than the original chicken KKM, in my opinion – and that’s because I love both seafood and spicy food so very much!

Take a look at the ingredients before I elaborate on the taste: 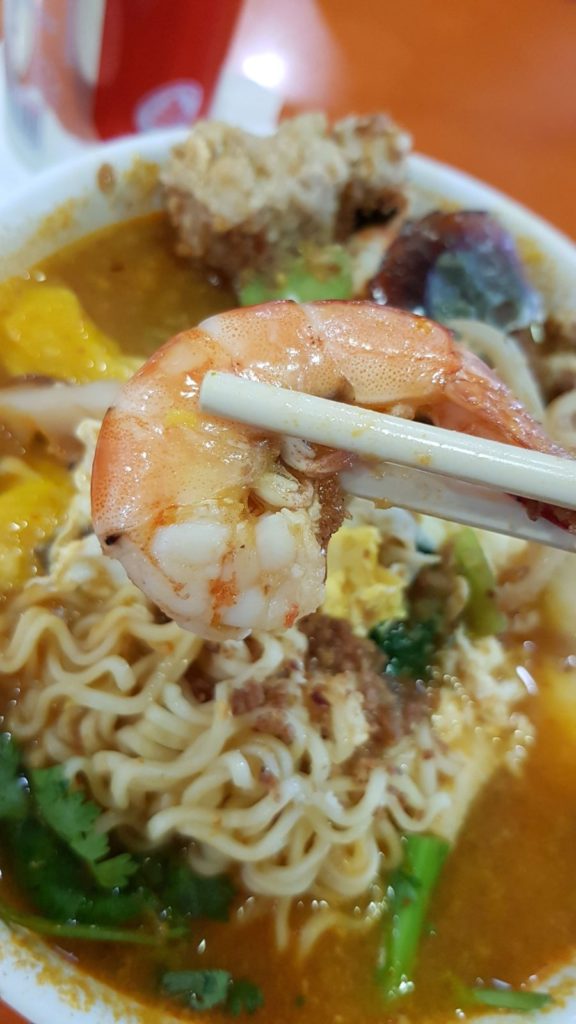 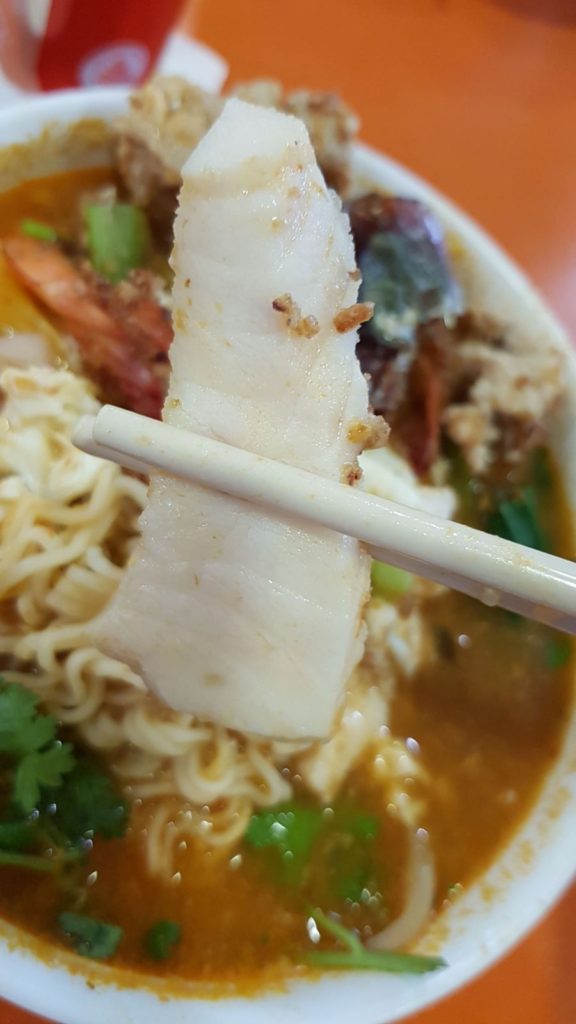 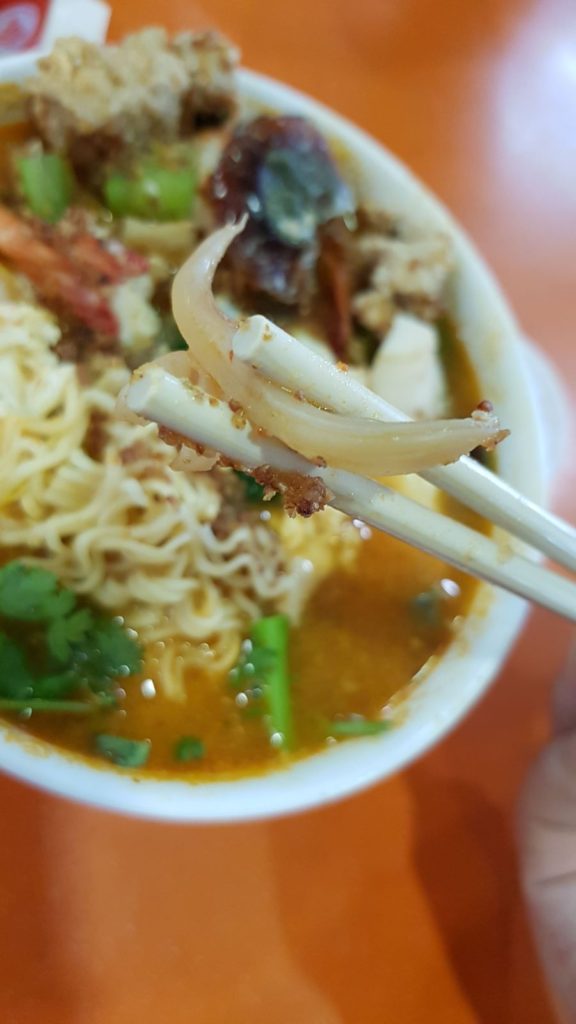 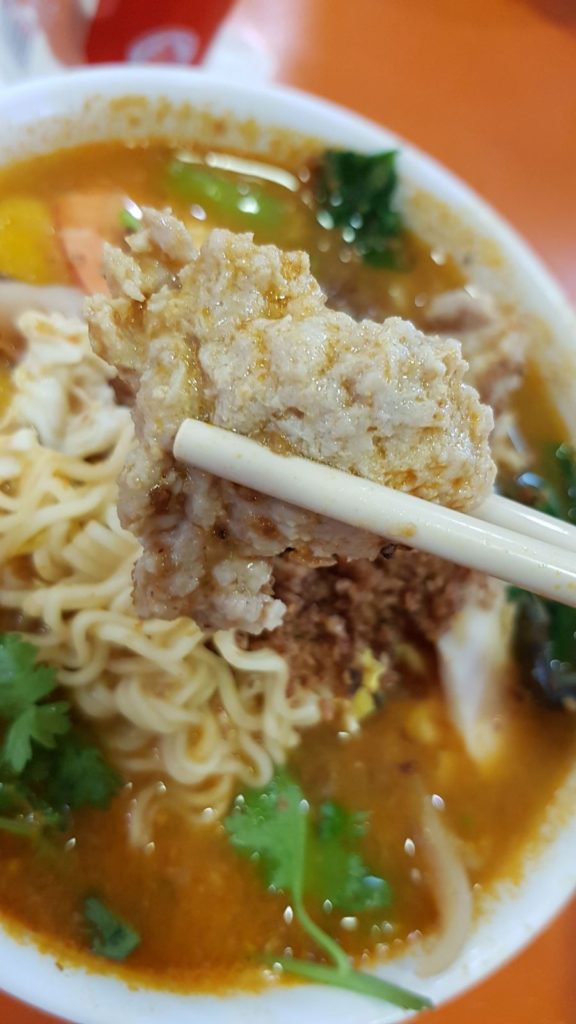 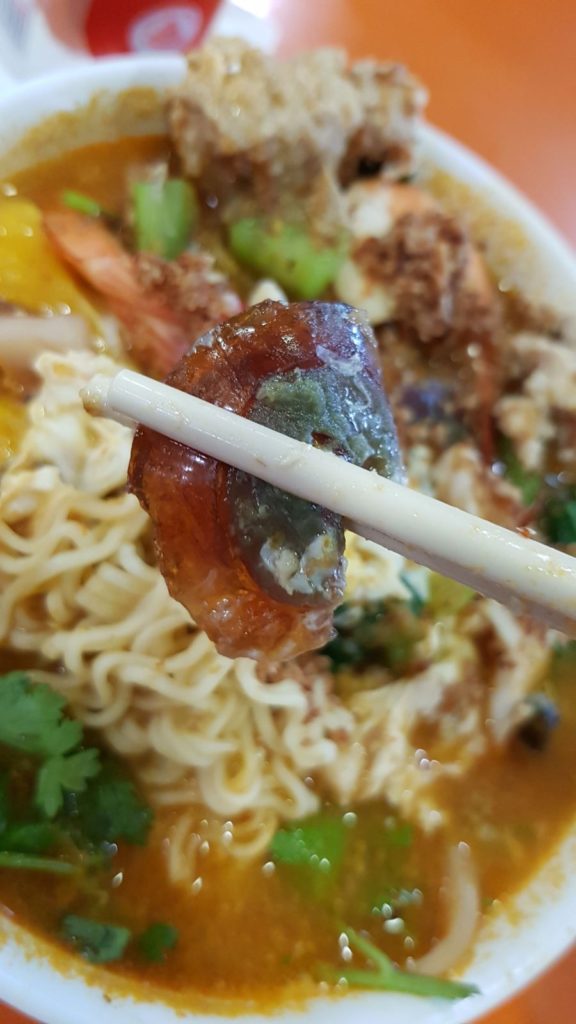 Generous amount of seafood, minced meat and century egg! I will never ever forget that enlightenment from the combination of century egg and the broth. You have to try it to fully grasp what I mean.

To put it simply, one word – SHIOK! And for the price of $5.50 for this bowl of goodness, three words – DAMN WORTH IT!

Last but not the least, something that I always will be amazed at this KKM stall that is I don’t feel thirsty at all after consuming those KKM! And that made me believe that the Uncle made his broth from scratch, without using msg (unlike the usual association with instant noodles). Order this bowl with the exact name (Chilli Seafood KKM with century egg) introduced here and you’re good to go! There’s no turning back and you wouldn’t choose to order a different bowl after this!