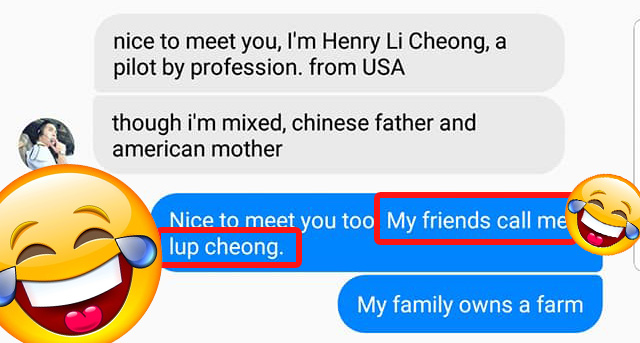 Scammers are everywhere on the internet these days

Whether they trying to get your money into fraudulent bank accounts or conning us to pay for some shipment fee which that you clearly don’t owe, the scammers are everywhere.

They’ve managed to infiltrate your emails, FB private messages and even WhatsApp.

However, when Tan Shu Ying from Singapore received a scam message, she knew exactly what to do. Rather than ignore it like most people, she replied and literally turned the tables on the scammers.

“When an obvious scammer contacts you on a Saturday night when you’re bored.” – Tan Shu Ying

The scammer, by the most likely fake name of Henry Li Cheong, messaged her on a random saturday night:

She replied with her first troll: “My friends call me lup cheong”. HAHAHAHA 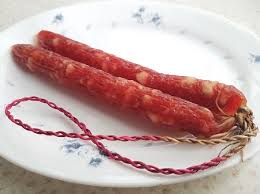 The scammer actually fell for the troll, despite being “half-chinese”. Like what the hell, if you do not know what lup cheong is, you’ll at least know what’s a char kway teow right?

Yeah right, lup cheong do not goes well with char png, then what is this: 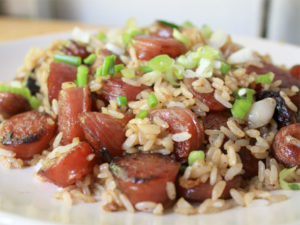 I LOVE that laksa part:

I had a good laugh! THE END.